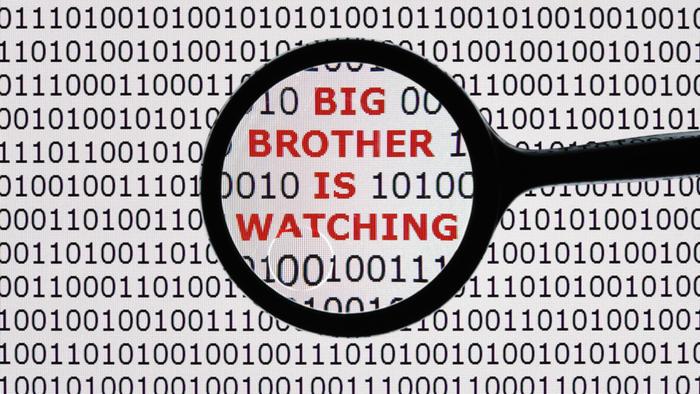 
Authored by Leni Friedman Valenta with Dr. Jiri Valenta via The Gatestone Institute,

“Digital giants have been playing an increasingly significant role in wider society… how well does this monopolism correlate with the public interest?,” Russian President Vladimir Putin said on January 27, 2021.

“Where is the distinction between successful global businesses, sought-after services and big data consolidation on the one hand, and the efforts to rule society[…] by substituting legitimate democratic institutions, by restricting the natural right for people to decide how to live and what view to express freely on the other hand?”

Was Mr. Putin defending democracy? Hardly. What apparently worries him is that the Big Tech might gain the power to control society at the expense of his government.

What must be a nightmare for him — as for many Americans — is that the Tech giants were able to censor news favorable to Trump and then censor Trump himself. How could the U.S. do this to the president of a great and free country?

Putin made these comments at the Davos World Economic Forum, in which he and Chinese President Xi Jinping, sped on by the “Great Reset” of a fourth industrial revolution, used enlightened phrases to mask dark plans for nation states in a globalist New World Order. Thus did Xi caution attendees “to adapt to and guide globalization, cushion its negative impact, and deliver its benefits to all countries and all nations.”

Meanwhile, opposition leader Alexei Navalny has been sentenced to prison for more than three years (with a year off for time served), in part because he revealed photos of a lavish Russian palace allegedly belonging to Putin on the coast of the Black Sea. Its accouterments supposedly include an $824 toilet brush. Many of the thousands of people protesting Navalny’s imprisonment have since been protesting Putin by waving gold-painted toilet brushes.

How nice that American Big Tech companies is pushing democracy in Russia — even while it is denying it at home. Do you notice how many leaders in Europe have risen to condemn censorship in America even though many in Europe are censoring their citizens as well, and are not exactly fans of the person who was being censored, former President Donald J. Trump? Like Putin, they probably do not want Big Tech competing with their governments, either.

The power-sharing of the U.S. Federal government with Big Tech appears a recipe for unharnessed power and corruption. Navalny caught on right away, saying:

“This precedent will be exploited by the enemies of freedom of speech around the world. In Russia as well. Every time when they need to silence someone, they will say: ‘this is just common practice, even Trump got blocked on Twitter.'”

What watchdog, if any, is now restraining Big Tech in America? It has become quite clear that Big Tech’s censorship may well have cost Trump the election, even if one ultimately finds that election fraud did not.

Big Tech took it upon itself to censor an exposé — published by the New York Post on October 24, 2020, as well as follow-up exposés — reporting that Hunter Biden, Joe Biden’s son, had sold his influence to China and Ukraine, and had raked in millions for the family.

The Media Research Center (MRC) found that “One of every six Biden voters we surveyed (17%) said they would have abandoned the Democratic candidate had they known the facts about one or more of these news stories”. That information might well have changed the outcome in all six of the swing states Biden reportedly won.

Last August, Twitter also undertook censoring the trailer of an explosive documentary entitled “The Plot Against the President.” The film, narrated by Rep. Devin Nunes (R-CA) with commentary by leading members of the Republican Party, exposes leading members of the Democratic Party and their deep state allies, many of whom knowingly used phony evidence to frame President Trump and some in his circle to try convince Americans that he and his campaign had colluded with the Russian government to win the 2016 election.

The film claims, using with recently declassified information, that President Barack Obama, as well Hillary Clinton, were involved in an almost four-year attempted coup incomparably more undemocratic than any riot at the Capital Building on January 6.

Rep. Devin Nunes, the top Republican on the House Intelligence Committee, claimed in August 2020 that Biden also knew of the ongoing efforts to unseat Trump. Nevertheless, Trump did not target them, perhaps to avoid dividing the country even further.

According to the Washington Times, the Twitter account of the movie, which debuted in October 2020, attracted 30,000 followers. Twitter blacklisted it for a day, but after a public uproar, put the popular documentary back. Our question is: How many blacklistings did Twitter not put back?

The January 6 riot at the U.S. Capitol was a pivotal event for Trump and the Republican Party. Prior to January 6, President Trump had offered to deploy 10,000 troops to the capitol, according to his former Chief-of-Staff Mark Meadows. The Pentagon and the Department of Justice had also offered help but were also reportedly turned down by the US Capitol Police The problem, apparently, was “optics” — about a Capitol now surrounded by barbed wire and thousands of troops, which the current Administration now seems to like.

Freedom of Information Act (FOIA) requests for further details about the event were also rejected — it is not clear by whom. It is ridiculous, therefore, for anyone to frame the riots, ugly as they were, as a seditious “insurrection,” particularly in light of what appears to be a massive security failure that could have averted the violence. One thing is certain: the timing of the event could not have been more perfect for opposition groups, which is probably why it had been planned for weeks before January 6.

What these efforts and the media did achieve was an end to all attempts to ascertain election fraud at a time when Vice President Mike Pence was counting Electoral College ballots, and allowing speeches from those supporting that claim. Some politicians even called for the resignation of Senators Ted Cruz and Josh Hawley, and referred them to the ethics committee for even suggesting an election audit of battleground states, despite questions having been asked — with no objections — concerning the results of the 2000, 2004 and 2016 presidential elections.

Ultimately, the result of the latest “witch hunt” against President Trump, as it has been called, was a contrived impeachment attempt to bar Trump from a future presidential bid — a kangaroo court devoid of due process, hearings, witnesses, and evidence. The prosecution, however, was undeniably eloquent in evoking “democracy” for a totally undemocratic procedure that justly resulted in Trump’s acquittal.

Meanwhile, Facebook and Twitter banned Trump and some of his supporters from their cyber domains. An alternative social media platform, Parler, was banned from the Apple and Google app stores, and then completely closed down by Amazon.

Meanwhile, mainstream social media platforms were reportedly used to rally and organize carry out riots in American cities last year. No one was penalized.

Do not, however, expect such slackness now. According to Fox News:

“People like Obama-era CIA Director John Brennan and Rep. Alexandria Ocasio-Cortez, D-N.Y., have made various public statements labeling Republicans as extremists — with Ocasio-Cortez claiming the GOP has ‘white supremacist sympathizers’ within its ranks, and Brennan claiming ‘domestic violent extremists’ in the form of far-right supporters of President Trump are more dangerous than Al Qaeda.”

Columnist and radio host Jeffrey Kuhner warns that a new bill, H.R. 350, “is the liberals’ equivalent of the Patriot Act redux. This time, however, it is not aimed at Islamic jihadists. Rather, it directly targets Trump patriots.” Kuhner writes that the bill “has the full backing of the Democratic congressional leadership, the Biden administration… Big Media and Big Tech.”

“The bill empowers the Deep State to monitor, surveil and spy on American citizens’ social media accounts, phone calls, political meetings and even infiltrate pro-Trump or ‘Stop the Steal’ rallies.

“Conservatives who are deemed potentially ‘seditious’ or ‘treasonous’ can be arrested and jailed, fined and/or lose their employment. The goal is simple: to crush all dissent to the Biden regime.”

Moreover, last month the new Secretary of Defense, Lloyd Austin, ordered a “stand down “of the entire military for 60 days, “so each service, each command and each unit can have a deeper conversation about this issue [extremism].” Normally stand downs last only a few hours or days and do not involve the entire military. Austin, in addition, has pledged to “rid our ranks of racists and extremists.”

These are words that can be applied to anyone dreamed up, including Trump supporters, and based, of course, on nothing but propaganda.

Austin’s plan is therefore needless, divisive and dangerous, considering the foreign dangers now circling their prey. This punishment of the regime’s “foes” makes one wonder what is next. Are we already marching in lockstep with Russia and China? The way to unite and strengthen the United States is not through suppression and punishment but through political power with checks and balances, a free press and closer adherence to the Constitution.

But here, again, there seems to be. a problem. The Federalist wrote in July:

“According to a new Quillette survey released last month, 70 percent of self-identifying liberals want to rewrite the U.S. Constitution ‘to a new Americans constitution that better reflects our diversity as a people.'”

Oh, so that is what we lack: diversity!

What can Americans Do? We are presently at a tipping point in America. Communist China is working hard and is focused on global domination; we are just messing around. In an increasingly digital world, the war against infringements on our freedoms most probably needs to be fought largely in the digital and cyber-space. That is why ending censorship in both the traditional and social media is such an important priority. First, break up the Big Tech companies. Let them become the utilities they originally claimed to be, or else be liable to lawsuits as other publishers are.

We do take some comfort that whereas dictatorships in authoritarian countries such as China and Russia is vertical — from the top down — in America, the central government shares power with the states from the bottom up, and with powers separated: the executive, the judiciary and the legislative. Fortunately, governors such as Ron DeSantis in Florida, Greg Abbott in Texas and Kevin Stitt in Oklahoma are now moving legislatively to counter federal laws that may have adverse effects on freedom of speech, jobs, election integrity, the energy industry, the first or second amendments and general constitutional rights.

This does not speak, however, to the major issue here — that democracy cannot survive in a country where a few technocrats and oligarchs can choose to deny access to information or platforms to candidates running for office. It is simply unacceptable that they alone — unelected, unappointed, untransparent and unaccountable — can deem what is “harmful” to society. The job now for all of us is to prevent the United States from slowly becoming a full-blown tyranny.

Data Science Predictions for 2023, According to the CEO of Simon Data