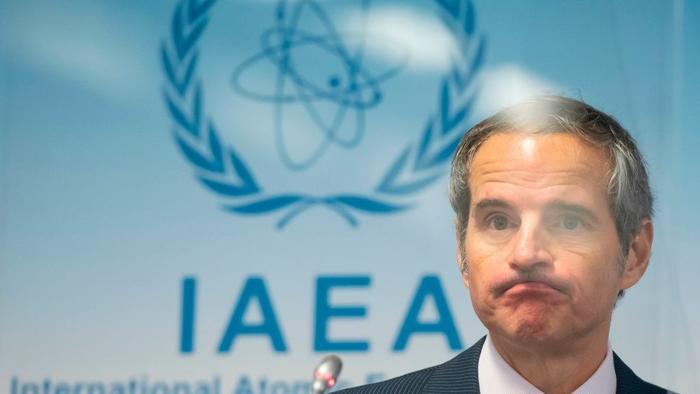 
Authored by Con Coughlin via The Gatestone Institute,

As Iran continues to maintain its defiance over its controversial nuclear programme, the failure of the UN-body responsible for monitoring Iran’s activities is only lending further encouragement to the ayatollahs to indulge in further acts of dangerous brinkmanship.

In the latest example of Iran’s increasingly reckless approach to the nuclear issue, the country’s Supreme Leader, Ayatollah Ali Khamenei, has threatened to increase uranium enrichment to 60 percent, just below the 90 percent threshold required to produce weapons grade material.

The ayatollah’s threat, moreover, which was made on state-run television, came just hours after Rafael Grossi, the director general of the International Atomic Energy Agency (IAEA), the UN-sponsored body responsible for monitoring Iran’s nuclear programme, made an emergency visit to Tehran after the regime announced it would no longer allow IAEA inspection teams to visit key sites.

Iran has been threatening to withdraw cooperation with the IAEA after the Iranian Majlis, or parliament, which is dominated by hardline supporters of Mr Khamenei, voted in favour of a ban following last year’s assassination of Iran’s leading nuclear scientist, Mohsen Fakhrizadeh.

Iran has never fully cooperated with the IAEA’s requests to visit key nuclear sites, and has consistently denied inspectors access to sensitive military installations that Western intelligence officials believe have links to Iran’s long-standing effort to acquire a nuclear arsenal.

But implementing a complete ban on IAEA inspections threatened to completely undermine the JCPOA at a time when the Biden administration, together with the European signatories to the deal — Britain, France and Germany — are desperately seeking to revive the agreement after then US President Donald Trump withdrew from American involvement in 2018.

Mr Grossi’s visit to Tehran in February was therefore seen as a desperate bid to find a compromise that would keep the nuclear deal alive as European and US diplomats intensified their efforts to hold fresh talks with Tehran.

The Argentine diplomat emerged from the talks claiming to have reached a compromise with Iran that would allow inspection teams to continue monitoring Iran’s nuclear activities — but from a distance. Under the terms of the deal, the IAEA would in future implement what Mr Grossi described as a black box-type system in which data is collected, but without the IAEA being able to access it immediately.

Thus, while Mr Grossi claimed the talks had been a success, the IAEA now finds itself in the invidious position whereby it will not be able to ascertain whether Iran is actively working to produce nuclear weapons until after the event.

Even Mr Grossi has been forced to concede that, as a result of Iran’s decision to withdraw access to inspection teams, the IAEA’s ability to monitor Iran’s activities will be reduced by 70 percent.

Moreover, the latest report published by the IAEA on Iran’s nuclear activity, reveals that Iran has acquired 17.6 kg of 20 percent enriched uranium, with its overall stockpile of enriched uranium now standing at 2,967 kg, which is 14 times higher than the limit set under the terms of the JCPOA.

In addition the report noted that Iran has succeeded in installing advanced IR-6 centrifuges at its underground Fordow enrichment facility, which is also in violation of the JCPOA.

Mr Grossi’s compromise deal with Iran is typical of the appeasement policy that the IAEA has pursued ever since the Iranian regime’s clandestine attempts to develop nuclear weapons were first exposed in 2002. The policy of kow-towing to Tehran, despite its blatant and persistent breaches of its international undertakings, has been adopted by successive heads of the IAEA, dating back to the tenure of Egyptian-born Dr Mohamed ElBaradei, on whose watch the IAEA deliberately sought to obfuscate the true nature of Iran’s activities.

In the latest blow to the IAEA’s credibility, within hours of Mr Grossi concluding his compromise deal, Mr Khamenei exposed the futility of this approach with his threat that Iran was prepared to increase uranium enrichment to 60 percent, a move that would make any attempt to revive the JCPOA utterly doomed.