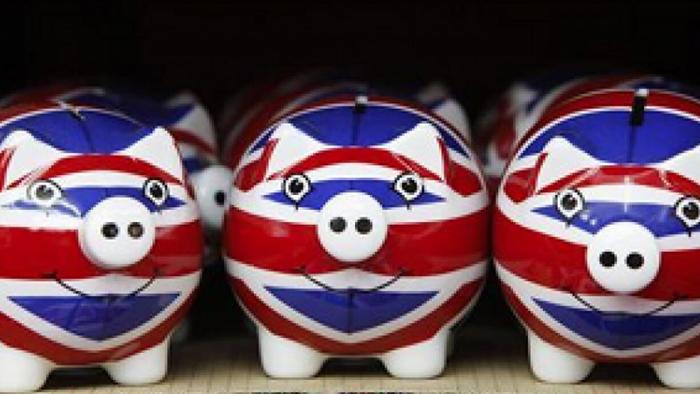 
Authored by Bill Blain via MorningPorridge.com.

The mood is changing. There is a great line from John Authers in his Bloomberg note this morning: “while the UK shot itself in the foot with Brexit, it didn’t shoot itself in the head.” A few weeks ago I wrote it’s time to start buying the UK as confidence returns, “Buying Boots On” the pace of vaccinations accelerates, and the realisation our economy can be kickstarted returns. Its likely our numbers are not as bad as we think. The assumption is the UK will shortly be back on track.

All of which assumes we have some degree of political competency to ensure it happens.

That’s where is gets doubtful. Let’s face it.. politics is not what is once was. Political risk in the UK looms large.

Confidence in the UK’s political leadership has been badly shaken by the 5 years of ongoing Brexit farce, deadlines, compromises, deals in smoke-filled rooms, skull-duggery and political knife-in-the-back assassinations.  Boris might have cleverly bumbled his way to the top, but, the vaccination programme aside, he’s hardly delivered much to be confident about.

Not that the UK’s opposition Labour party is doing any better. I would dearly like to know who is advising them on the economy and market issues.

On Sunday morning I watched in open-mouthed horror as David Lammy, the shadow justice minister, describe plans for Sir Keir Starmer’s British National Recovery Bond as something that would get the economy going again, and “as everyone knows” bonds offer higher rates and you can get your money back anytime. It was frighteningly ignorant of markets.

I happen to like Lammy – a smart, clever and erudite man – but it was clear no one has taken the time to explain to him the UK already has possibly the best run bond program on the planet – Gilts. For all his bluster about bonds, on the face of it, it was clear he did not understand that to get a higher interest rate you invest for longer and take longer price risk on the price of a bond. Lamy was clearly not aware that if interest rates rise – then the price of a bond will fall.

However, let’s assume Starmer’s National Recovery Bond will be like the old National Savings and Investments Bonds offering savers a competitive rate. Call it a savings scheme rather than a bond. Labour expects the £125 bln in excess household savings built up by the middle classes during lockdown will be attracted to the new bonds. In a patriotic wartime economy – perhaps. When equities are posting returns so much more attractive? Perhaps not. Especially if savers have zero confidence in government.

Of course, Labour know they won’t be in with even a sniff of power till elections in 2024. They can say whatever they like. As they advise savers to buy bonds at historically low interest rates, I assume their new “bonds” saving scheme will be floating rate and the rate of interest will rise to reflect rising rates? If they offer a higher rate than Gilts, won’t everyone will simply push up the Gilts yield to match by buying the new bonds? Not if it’s a saving scheme aimed at retail only – which is not what was described on Sunday TV.

(Full Disclosure: I should admit I am a genetic Labour supporter. The only time I haven’t voted Labour was in the 2019 general election when I just could not put my X next to Corbyn. But, Starmer’s recovery plan looks like the name was simply cut and pasted from the ECB’s recovery bond programme. Start-up loans for SMEs are good – but there are ways of doing it.)

The whole Labour plan – SME lending and a bond issue – is frighteningly shallow. A bond issue and SME funding won’t a solve the UK’s major long-term issues of addressing technology, innovation, education and health. All of these could be addressed by Labour if there was any joined-up thinking within the party. There is an opportunity here for Labour – a comprehensive and well constructed national plan – even wider in scope than the 1944 Beveridge Report that led to the NHS – that could win them a 1945 electoral landslide, but there is as yet, no evidence it will happen. And, lets face it, the Tories are looking tired and bumbling.

But it won’t happen. Why cannibalise gilts to finance the rebuilding of the economy? Let’s just do it with debt to stimulate the economy into growth?

And this where the Conservative party also looks determined to screw up. Thus far Rishi Sunak has had a pretty good crisis – pumping in unlimited support for workers via furloughs and for business. But plans to increase corporation taxes in next week’s UK budget are frankly destructive.

This is a time the UK should be using the freedom to think differently and outside the box that Brexit allows, the ability for financially sovereign nations to use low interest rates and the pandemic to enable unlimited borrowing programmes, and the likely post pandemic economic activity surge to drive growth, meaning this is an unparalleled opportunity for Sunak to steal Labour’s thunder with monetary imagination and fiscal spending plans. Solutions today rather than after 2024.

In many ways Sunak’s programmes are heading well to the left of Labour’s. The key will to getting the UK out of this hole and to seize the opportunity will be in the best planned response to the challenges of pandemic and kickstarting the economy.