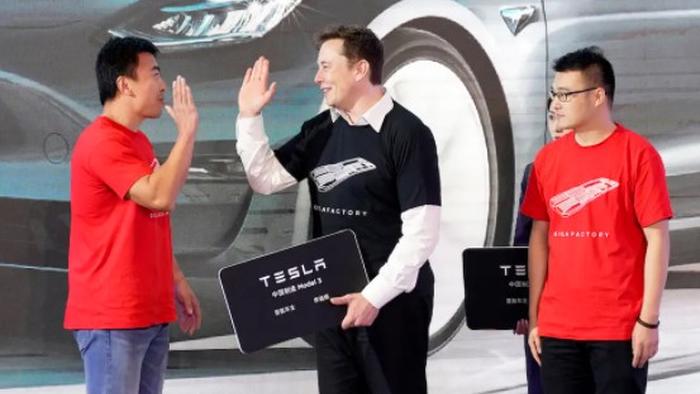 
It was only about 3 weeks ago that we published a piece called “Elon Musk’s Chinese Fairy Tale Will Eventually Come To An End“. The purpose of the piece was to reiterate what we have been saying for months: that Elon Musk’s fairy tale with the Chinese government would eventually, as all relationships with the CCP do, come to an end. Just ask Jack Ma.

We were baffled that Musk had been able to hold it together even this long in China, given Tesla’s short history there:

So far, Musk has been able to sidestep some ugly press in China, including out of control Tesla vehicles, forced recalls, constant price cuts and disgruntled customers. So far, Musk is holding it together in China.

But then we asked, “How long can the good times last?”

The answer, it appears, may be “about 3 weeks”. That’s because shares of Tesla were sliding in pre-market trading on Monday after Bloomberg reported that “China’s market regulator has undertaken meetings with Tesla regarding quality issues”.

Apparently, the Chinese government doesn’t seem to like its citizens driving around in vehicles that need to be recalled, run out of control on Chinese streets or randomly explode while sitting in parking garages. Go figure. The headlines that hit the terminal on Monday morning included:

Tesla shares slipped on the news, before reversing course after it was disclosed that the company had bought $1.5 billion in Bitcoin. And so, once again, operational mishaps and product challenges are discounted from the stock price in favor of whatever the newest, non-production or manufacturing-related dog and pony show is.

We wouldn’t be exactly sure that the scrutiny from China is going to be quick, or just limited to this one “meeting”. Recall, we pointed out this piece in late January by the Global Times, who had noted Tesla’s “increasing reliance” on China. This was the vibe we got from China less than two weeks ago:

China is in the midst of growing tensions with the U.S. that started during the Trump administration as a result of the U.S. re-examining Chinese businesses on U.S. stock exchanges and companies tied to the Chinese state and Chinese military.

Based on what the Global Times could be “saying without saying” in this article, it looks as though those tensions may very well continue into 2021.

It appears China understands well exactly how reliant on the country Tesla is – and now, as predicted – it looks like it may be ready to flex some of its power.