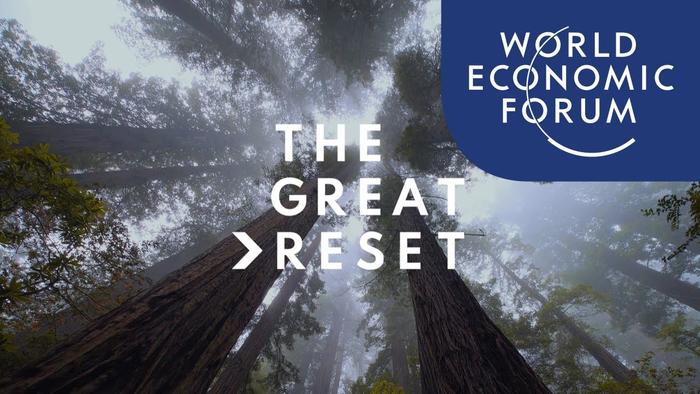 Today kicks off the annual World Economic Forum, which this time round is online and so can’t charge anyone $43 for a hotdog. Expect various iterations along the theme of  “Builders’ Bums Better” from the talking heads as the ‘Great Reset’ slash ‘Great Reflation’ is dangled before markets. Except that as mentioned on Friday, that trade remains open to question. Indeed, we saw a drop in the US 10-year breakeven to 2.08% from 2.18% to close last week: another move like that and all the Georgia Senate uptick will have been unwound. Not wanting to repeat the same arguments used on Friday as to why, let’s look at another paradigm that is collapsing to underline why reflation may do too.

The latest Edelman global survey shows just 53% surveyed in 22 countries trust traditional media, 56% search engines, and 35% social media (and fewer people trust anything). Is that still a market of ideas? On which, Google is threatening Australia there will be no access to it Down Under if a law is passed ensuring Google has to pay a fee to the media for stories it links to: “Ging gang, Googlie Googlie Googlie Googlie watcha / Ging gang goo, Ging gang goo”, as they sing in Australia; and we shall soon see who has who by the Googlies.

Insider voices like Glenn Greenwald, Matt Taibbi, or Katie Halper claim the loss of media revenue due to the internet and social media has been devastating; local papers have been wiped out; the national giants that remain are also struggling; and the silverback generation raised on speaking truth to all power are being replaced by younger, more white-collar, more politically homogenized, and more partisan, and much cheaper staff. In short, they decry attacks on Fake News, as do we all; and a media that is not what is once was, even if it looks the same from the outside. Two examples speak volumes in that regard.

First, Jeff Bezos owns The Washington Post (“The Truth Dies in Darkness” – and get “Liberal Democracy Dies in Darkness” too as a bundle!), which has taken a consistent line that allegations of fraud in mail-in voting in the 2020 US elections were Fake News. Fair enough. Bezos also owns Amazon, which just argued against mail-in voting for its staff regarding unionization, as this could be open to fraud. The Washington Post is at least reporting the story.

Second, The Guardian, which survives financially due to a trust bequeathed to it, reports Rolling Stone magazine is offering “thought leaders” the chance to write for its website if they pay USD2,000. The cultural icon allegedly offered “an invitation-only community for innovators, influencers and tastemakers”. Simply pass a vetting process and pay a USD1,500 annual fee plus USD500 up front – and you will “have the opportunity to publish original content to the Rolling Stone website…[allowing] members to position themselves as thought leaders and share their expertise…[and to] shape the future of culture.” So we have moved from a business model that paid Hunter S Thompson to get wrecked in order to find his own psychedelic path to vomiting up truth to power; to one where only richer kids can afford to work in journalism and speak their particular truth to their particular power; to one where rich people get to use Rolling Stone directly as vanity publishing. To be Thompson-esque, it’s like talentless New York socialites wearing Rolling Stone as a dead-skin mask while reading their High School Yearbook rants to an unsuspecting (and unreading) public. Indeed, Bob Dylan’s magnificent lyrics to ‘Like a Rolling Stone’ spring to mind:

Once upon a time you dressed so fine; You threw the bums a dime in your prime, didn’t you? People’d call, say, “Beware doll, you’re bound to fall”; You thought they were all kiddin’ you. You used to laugh about; Everybody that was hangin’ out; Now you don’t talk so loud; Now you don’t seem so proud; About having to be scrounging for your next meal; How does it feel? How does it feel? To be without a home; Like a complete unknown; Like a Rolling Stone? ….. You said you’d never compromise; With the mystery tramp, but now you realize; He’s not selling any alibis; As you stare into the vacuum of his eyes; And say do you want to make a deal?

So how does this relate to the reflation trade? One, where are the unions required for higher wages? Two, how much inflation is there in an economy where people have to PAY media to write articles rather than being paid a fair wage? Three, how much are you hearing about the alternative economic and market angles? Of course, talk of reflation comes more from analysts than journalists: but sell sides sell, and buy sides either sell what they are buying or what they want to sell: experienced journalists know this and are able to poke holes in it. Here’s just one example. How many stories have you seen about China’s economic recovery from Covid, and how many about the US public debt problem? Sell USD; buy CNY! Of course that IS a valid narrative: but so is the IMF’s Article IV saying the consolidated Chinese fiscal deficit was 18.2% of GDP in 2020(!), and augmented public debt is seen at 92% and rising. So CNY is being propped up more by the ongoing lockdowns than any underlying relative debt positions, and it won’t last.

Or perhaps I should relax and embrace this new publishing concept. The economy is fine. Markets are fine. It’s all fine….and would anyone like to write this Daily? Simply pass a vetting process and pay me a USD1,500 annual fee plus USD500 up front, etc., etc.,… 🙂 But of course there is an immediate downwards pressure on that potential income when you could get a slot on Rolling Stone rather than this Kvetching Pebble, for the same money. So much reflation!

Meanwhile, another reason to be anti-reflation are geopolitical tensions. There have been mass protests against President Putin in Russia, and the arrest of opposition leader Navalny’s wife. Putin almost certainly remains in control, but today will see what the West does about it. The EU parliament goes first, but given NordStream 2 remains unconnected to any Russian actions so far in the eyes of Angela Merkel, and that the CDU’s party conference was partly sponsored by Huawei, don’t expect any outcome with teeth. The US response is likely to be much stronger, which will increase US-EU tensions: the Biden administration may also begin to mutter that the German commitment to a human rights foreign policy seems to mean a commitment to a foreign policy where every human has the right to buy German; or as someone else put it: “the global policeman meets the global salesman”. Relatedly, the last few days have also seen China militarize its coast guard, so it can now fire on foreign vessels, and again fly bombers and fighter jets through Taiwanese airspace – to official protests from the Biden White House, which has sent an aircraft carrier through the South China Sea, and has been firm in its commitment to Taiwan.

Where to buy LUNC coin