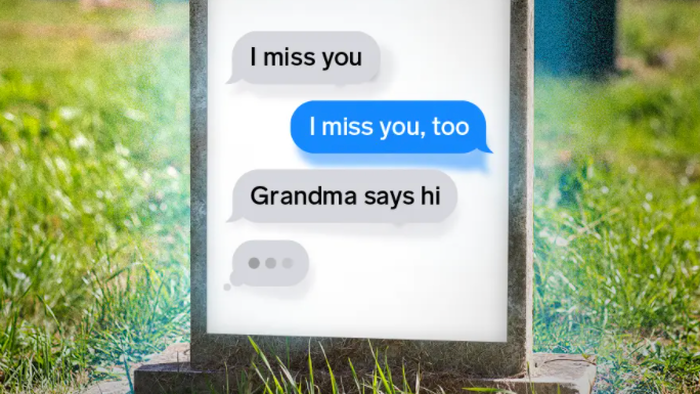 The Independent reports Microsoft is creating an AI-based chatbot based on “images, voice data, social media posts, electronic messages,” and other personal information. It’s thought that the chatbot would simulate the deceased person’s human conversation.

The patent describes a “specific person [who the chatbot represents] may correspond to a past or present entity (or a version thereof), such as a friend, a relative, an acquaintance, a celebrity, a fictional character, a historical figure, a random entity, etc.”

“The specific person may also correspond to oneself (e.g., the user creating/training the chatbot,” the patent said, implying that living users could train AI-based chatbot as their digital replacement in the event of death.

The patent even includes creating 2-D or 3-D models of the person based on images, videos, and other information.

If the patent doesn’t lead to any tangible tech, it’s a reminder of the digital age we live in.