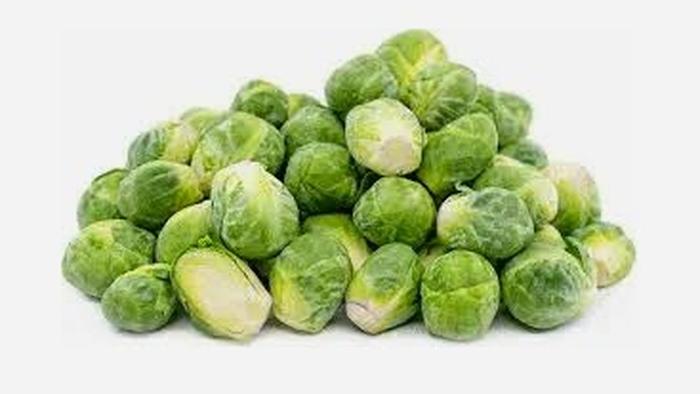 Who would really want to invest time and effort in a basket case spiralling downwards, riven by internal dissent, where pushback against the agreed rules and the disagreement is commonplace? But enough about She-Who-Is-Mrs-Blain and I trying to agree on new bathrooms… let’s talk about markets instead.

The fun and games in the USA is a massive but fascinating distraction from everything else going on in the world.

A chum and I were wondering about markets and how difficult this whole “democracy” thing is becoming. Bearing in mind the history and shoot-first mindset of the US, is it right to punish Trump for the crime of being Trump or would it be better to gloss over it? Is it right big tech companies – which clearly state on their terms of service that they will not host or promote sites or apps that allow hate, racism or incitements to violence – have effectively spiked the Alt-right forum “Parler”? Is it a denial of free speech or a logical business decision? What is the right to free speech? I’ve been slung out of posh clubs for being free with my speech….  (I don’t think Parler should worry… I’m sure the Kremlin will be happy to fund a server farm deal for them…)

As we debated the potential outcomes for the US – our consensus being the US faces a long-term crisis to address and solve the equation for both disaffected Trump Supporters and the crushing poverty now seen in Democrat Cities… we wondered if there are better places to invest.

You might have noticed in your rear-view mirror China getting away with whatever it pleases in Hong Kong, and ask the question: Where is Jack Ma?

That’s an interesting one – what President Xi decides to do with Alibaba will define what kind of investible market China is likely to become. As its likely to become the largest economy very soon, it’s can’t be ignored and is worth considering. We have a very simple litmus test to watch:

I’m watching carefully – Alibaba is my worst performing investment position at the moment.

Europe has been getting even less attention. It strikes me it should be top of list of places to be watching – and not just because Italian politics are looking wobbly… again… But Yoorp is just too dull to get excited about. I suppose things could be worse. According to The Times of London a few weeks ago, ace EU negotiator Michael Barnier is in with a chance of standing for French President. Aw.. bless..

Yesterday, the former Italian prime-minister Matteo Renzi pulled his Italia Viva party out the coalition over spending demands and how much they can get from Europe and the EU’s recovery fund. It didn’t get mentioned on the BBC news. It might force an election.. All while Italy is struggling with the second worse Coronavirus load in Europe. (The UK numbers are cosmetically worse.)

On the other hand, yesterday Spain received an extraordinary initial €130 bln of orders (a record demand number for a European peripheral govt bond sale, apparently) on its new 10-year bond – priced at 55 basis points over Bunds to yield 0.08%. There is a lot of scepticism about the order books for new deals – plenty of buyers aren’t holders, but are stagging the deals to sell on to the ECB. Who wouldn’t – buy bonds in the morning a 0.08% and spiv them to the ECB at 0.07% in the afternoon…

Because I very occasionally express opinions that Europe is not quite the capitalist workers’ paradise it claims to be… but is possibly the least free, most protectionist, bureaucratically trip-wired, mismatched and mismanaged wannabe state on the planet, some readers think I’m some kind of Brexiteering Eurosceptic foaming at the mouth to declare war on Europe.

Nonsense. I adore Europe – seriously I do. But, as the botched EU coordination of the vaccination programme yet again highlights…. running a loose confederated union of 26 conflicted tribes with varying degrees of distrust for each other is a pretty thankless task – which is why the President of The European Commission is a lackluster former German defence minister appointed to the role. Successful big-nation politicians would be unlikely to take the job…

That’s the problem for Europe. Great idea… but not everyone is fully bought into the programme yet. The more I observe and think about it, I suspect the likely outcome for Europe is not a sudden collapse of the Euro, or a spectacular national default brought about by the mechanisms of the Euro and debt… but more likely nations just losing the will to bother anymore.. and that rather than move forward it slowly stagnates. Rather than the EU and Euro exploding in a catastrophic supernova, I suspect its more likely to bore us to death in a welter of regulations, bailout programmes and superstate controls…

That’s a sign of a fundamental disconnect at the heart of Europe. The Brussels Eurocracy’s ambition is for the EU superstate to have primacy over the member states – as has been achieved in terms of the currency and monetary issues. However, the Nation states remain sovereign for fiscal policy – which is a fundamental block: if you don’t have monetary sovereignty, how can you have fiscal sovereignty. The delicate balance/fudge between state and union is below the surface in member countries, but it’s what underlay the Brexit vote in the UK. The next two years in European politics could well see these tensions re-emerge – which will further hamper the efforts of individual nationse to reflate economies and drive recovery. Its a fundamental conflict.

As the end of the Angela Merkel era approaches, there isn’t much to hope Germany is going to lead Europe by example. Reading about, (because who wants to watch) German politics is close to a SLMOT (slit my own throat) moment as the perhaps the dullest, least inspiring politicians in the western world chunter on about blah blah blah blahbitty blah blah.. The potential successors to Frau Merkel are a mildly uninspiring lot. Merkel dominated the European agenda as the practical pragmatic senior European statesman. Yet her centrist personality and policies will her leave the party stalled in the Middle of The Road in every respect. German politics is so dull and boring it’s difficult to see anyone with much of a personality to set agendas to lead Europe emerge from it.

The winner of the party election won’t be the politician with the best outreach to young people, or the one with firmest grasp on European control – it will be the establishment man that appeals best to the 1000 senior CDU politicrats who will make the choice. They will choose a leader unlikely to rock the boat. None of them care much for “galvanising” young people or challenging the finances and structures of the EU – as long a Germany is ok.

In France, but Macron’s recent TV performances have been less than stunning. Looking haunted, he knows the game is likely up unless he is gifted Marine Le-Pen as his rival in May 2022 – and the whole electorate gathers behind him in order to keep the Eurosceptic far right out. Macron failed to solve the domestic issue which spawned the gillet-jaunes or exploit the space left by Merkel to lead Europe.

Earlier this week Italian bonds got hosed on the back of fears the current government may throw in the towel over its inability to support the economy. While the UK and US can turn on the government cash spiggots and furlough, support and bail out whomever they chose with as much money as they can possibly need.. Italy, and every other EU member, has to go cap in hand to Brussels for permission to breach debt/GDP levels, for additional money and the vaccinations.

Seasoned European watchers say the latest crisis in Italy isn’t worth getting bothered about. It happens – get over it. Italy needs money it doesn’t have. It doesn’t have financial sovereignty, so all it can do is bleat to Europe, harumph in front of Italian voters, and then ask Europe nicely for more – even though its already getting the biggest slice of the €750 bln recovery/generational funding….  See.. the system works..

As I was asking earlier – am I inclined to invest in Europe where growth remains limited and politics has become a null entrophy game?

All of which leaves… the UK? Oh dear… is that the best I can come up with… !

Finally.. My big upset at the moment is the likelihood I won’t to La Thuile, the Little Siberia of The Italian Alps – my favourite place to ski. Why? Because its quiet, it’s not very fashionable, it’s got great runs including a world championship downhill, and it’s got marvellous quiet little bars you need to ski to get to where I can just sit, relax and take in the views (and brandies..) Next year… next year…