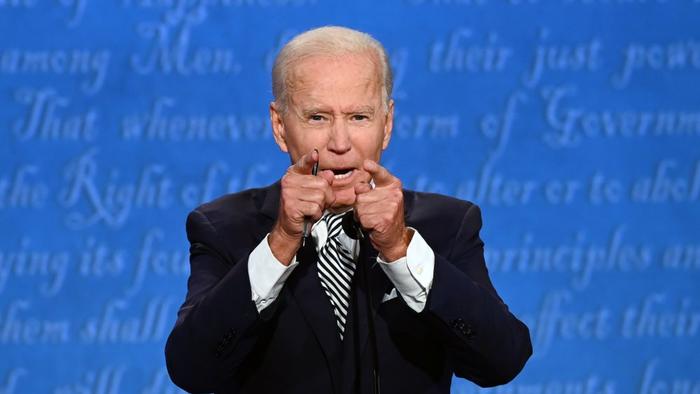 
It may not be quite $2 trillion as CNN leaked last night, quoting “one lawmaker” in close contact with the Biden team who said it was “taking a shoot for the moon” approach with the package”, but it’s close.

With less than 4 hours to go until Biden’s 715pm ET speech in Delaware, in which he is expected to unveil his fiscal program, the NYT reports that Biden’s spending package “to combat the coronavirus pandemic and its effects on the economy, with an initial focus on large-scale expansions of the nation’s vaccination program and virus testing capacity” will be $1.9 trillion.

The first package, which “will cover the pandemic, the economy, health care, education, climate change and other domestic priorities” according to Brian Deese, the incoming director of the National Economic Council who spoke at the Reuters Next conference on Wednesday, will include money to complete $2,000 direct payments to individuals, and aid to small businesses and local and state governments.

One thing that markets may not like is that contrary to previous expectations that the “stimmy” check will be $2,000, Biden will instead propose additional $1,400 stimulus checks, “topping up the $600 checks that Congress approved in December.” This means roughly one-third less purchasing power to buy out of the money call on stocks trading at all time highs.

The NYT also notes that the first piece of legislation will include an extension of supplemental federal unemployment benefits, which are set to expire in March for many workers, and more help for renters.

Plans for the first package also include a significant increase in spending on vaccine deployment, testing and contact tracing, Mr. Deese said, and Mr. Biden will seek enough money to allow most schools to open, in an effort to increase labor force participation.

“We need to get the schools open,” Mr. Deese said, “so that parents, and particularly women, who are being disproportionately hurt in this economy, can get back to work.”

Stocks dropped to session lows on news that instead of an $2,000 additional stimmy, the Biden plan will “only” include another $1,400, adding to the previously released $600 from the December $900BN stimulus plan.

Meanwhile, the fact that Biden is indeed going through with an almost $2 trillion stimulus – contrary to that such an amount could be overly aggressive and be met with resistance even among centrist Democrats – has sent 10Y yields to session highs.