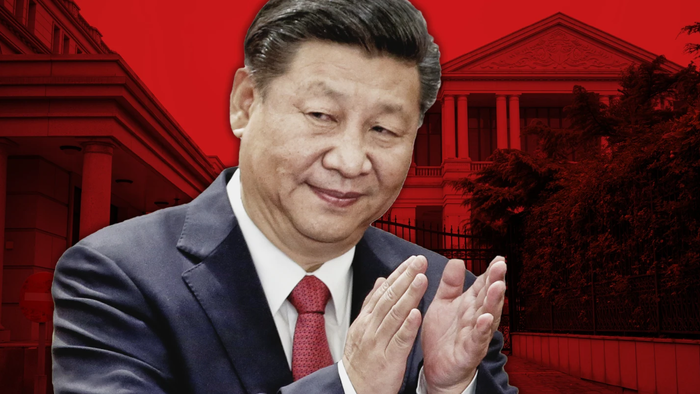 
“The gap between Xi’s confidence and the world’s grim reality is glaring,” analysis in Nikkei Asia Review recently observed. This need “to portray ‘success’ at party anniversary will be powder keg with the world.”

The analysis begins, “When it comes to statements issued after key meetings of the Chinese Communist Party, what is not written – especially what has been deleted from previous statements – often carries much more significance than the complex language that remains.”

Nikkei’s Katsuji Nakazawa has highlighted a key phrase which was indeed glaringly absent from a statement of President Xi’s released upon this year’s Central Economic Work Conference, which ran Dec. 16 through 18, focused on China’s economic management for 2021. The absence is quite telling.

The prior year’s fundamental acknowledged concern for the Chinese economy’s near and future outlook as expressed by Xi — that it faces “downward economic pressure” — was this year quietly dropped from the statement. Nakazawa observed:

A year has made a big difference. At the previous Central Economic Work Conference, which began on Dec. 10, 2019, Chinese President and party General Secretary Xi Jinping issued a warning using those words.

Looking back, the conference was held weeks before the outbreak of the new coronavirus began to terrorize the global economy. Two days before the meeting, the first virus patient in Wuhan, Hubei Province, began showing symptoms, according to Chinese authorities.

As it began to unfold, however, Chinese citizens and people around the world were left in the dark about the outbreak. Information did not surface, at least not widely, for a while.

Belatedly, by January 20, Chinese health officials went public with their findings of “human-to-human transmission” in perhaps a first dire warning to the globe of just how serious the emerging pandemic was.

In 2019 while likely having little clue as to the devastating impact of the coronavirus on both the national and global economy about to be unleashed, Xi still used those words: “downward economic pressure”… and yet now silence:

A year later, and despite China and the world going through a historic bout of economic turbulence, Xi made no mention of and ignored any “downward economic pressure.” True, the Chinese economy is recovering, but something seems off.

It hints at Xi’s desire to declare to the world that China has become “the only major economy with positive growth this year,” as the Central Economic Work Conference statement put it.

In China, the country’s fight against the virus and its success in fending off the outbreak’s economic effects are already regarded as a part of history Chinese can be proud of. There is even a virus-themed exhibition being held in Wuhan.

It was a very different world just a year ago: “When the party in 2019 talked of downward economic pressure, the biggest factor weighing on the Chinese economy was the impact of the country’s fierce economic confrontation with the U.S. and President Donald Trump.”

“The 2019 Central Economic Work Conference came one month before Vice Premier Liu He, a close aide to Xi, flew to Washington and signed the ‘phase one” trade deal,’ Nikkei observes.

And then, the “unimaginable coronavirus-related nightmares would go on to play out around the world. Trump, who leaves office in less than a month, failed to cope with the outbreak, allowing it to ravage the U.S. So far, the virus has killed more than 322,000 people in the country.” Now there’s certainly no “round two” trade talks anywhere in sight also amid a ratcheting Trump trade war and sanctions.

Something seems very “off” in Xi’s portrayal of ‘success’ observes Nakazawa. Read the rest of the Nikkei analysis here.