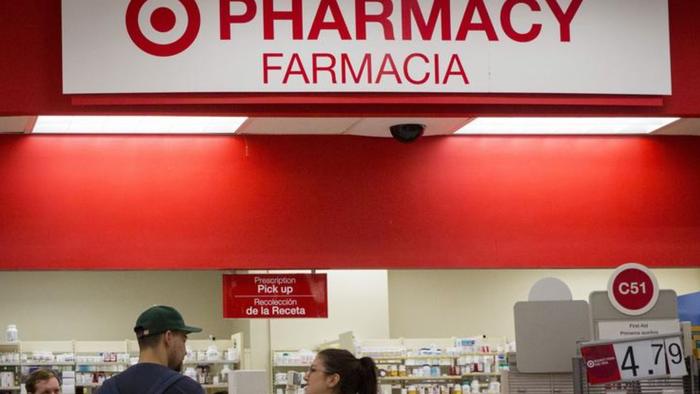 
With just hours to go until the new year, Reuters reports that a group of the world’s largest drug companies is preparing to hike drug prices, defying President Trump to issue a last-minute rebuke, as he has done in the past.

Drugmakers including Pfizer Inc, Sanofi SA, and GlaxoSmithKline Plc plan to raise U.S. prices on more than 300 drugs in the United States on Jan. 1, according to drugmakers and data analyzed by healthcare research firm 3 Axis Advisors.

The hikes come as drugmakers are reeling from effects of the COVID-19 pandemic, which has reduced doctor visits and demand for some drugs. They are also fighting new drug price cutting rules from the Trump administration, which would reduce the industry’s profitability.

The companies kept their price increases at 10% or below, and the largest drug companies to raise prices so far, Pfizer and Sanofi, kept nearly all of their increases 5% or less, 3 Axis said. 3 Axis is a consulting firm that works with pharmacists groups, health plans and foundation on drug pricing and supply chain issues.

During the early days of the Trump presidency, reports of price hikes elicited angry tweets from the president. This dynamic was credited with staving off a hike or two, but that doesn’t change the fact that drug companies tend to raise prices on their inventory at least once, usually twice, per year. Still, even Reuters pointed out that the pace of drug price increases has “slowed substantially” since 2015, per Reuters.

And the Trump Administration is pushing legislation that would constrain drugmakers’ ability to raise prices.

Nevertheless, with drugmakers’ dedicating themselves to defeating COVID-19 (of course, the state has doled out billions of dollars in subsidies, which sort of diminishes the selflessness narrative), the industry is insisting that profits must be made up elsewhere. So prices on some 300 drugs will rise, with more formal announcements expected on Friday, and over the weekend.

Teva Pharmaceuticals Inc hiked prices on 15 drugs, including Austedo, which treats rare neurological disorders, and asthma steroid Qvar, which together grossed more than $650 million in sales in 2019 and saw price hikes of between 5% and 6%. Teva hiked prices for some drugs, including muscle relaxant Amrix and narcolepsy treatment Nuvigil, as much as 9.4%. More price hikes are expected to be announced on Friday and in early January.

In 2020, drugmakers raised prices on more than 860 drugs by around 5 percent, on average, according to 3 Axis. Drug price increases have slowed substantially since 2015, both in terms of the size of the hikes and the number of drugs affected.

Pfizer, which threw money at its “partner”, BioNTech, to help develop and distribute a vaccine using the latter’s revolutionary mRNA technology, is one of the biggest offenders, hiking prices on cancer drugs, and the ubiquitous rheumatoid arthritis treatment Xeljanz, famous for commercials that have spawned satirical takes on social media.

Pfizer plans to raise prices on more than 60 drugs by between 0.5 % and 5%. Those include roughly 5% increases on some of its top sellers like rheumatoid arthritis treatment Xeljanz and cancer drugs Ibrance and Inlyta.

Pfizer said it had adjusted the list prices of its drugs by around 1.3% across all products in its portfolio, in line with inflation.

“This modest increase is necessary to support investments that allow us to continue to discover new medicines and deliver those breakthroughs to the patients who need them,” spokeswoman Amy Rose said in a statement, pointing in particular to the COVID-19 vaccine the company developed with Germany’s BioNTech SE.

It said that its net prices, which back out rebates to pharmacy benefit managers and other discounts, have actually fallen for the last 3 years.

By contrast, China is cracking heads to ensure that drugmakers are responding to the public’s need with massive price cuts. According to state-run media, some drugmakers are cutting prices by as much as 51%. Chinese patients can now get reimbursement for 2.8K medicines, including 1.4K Western drugs and 1,374 traditional Chinese medicines.

With holiday parties about to start, we wonder, will President Trump take another stand on twitter?

Pfizer & others should be ashamed that they have raised drug prices for no reason. They are merely taking advantage of the poor & others unable to defend themselves, while at the same time giving bargain basement prices to other countries in Europe & elsewhere. We will respond!

Though, at this point, even if he does, it would only serve to further complicate the relationship with these companies as ‘Operation Warp Speed’ lags further behind its target.