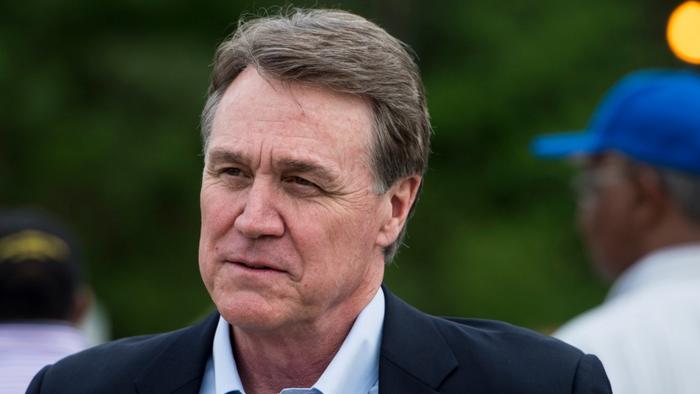 
With just days to go until the special election vote in Georgia where he – alongside Sen. Kelly Loeffler, who is facing her own opponent – will face off against Democrat Jon Ossoff, Republican Sen. David Perdue is being forced to quarantine, alongside his family, after coming into contact with a COVID-positive individual.

The news comes at a particularly inopportune moment for Perdue and his family. Polls show Perdue’s lead over Ossoff, a progressive Democrat from the Atlanta suburbs who has gained a degree of national prominence after putting up a good fight (but still losing) in an earlier Georgia special election, has been slipping as national anger simmers over the Senate GOP’s decision to block the $2K stimulus checks pushed by President Trump.

Statement from our campaign: pic.twitter.com/3U3TJ9Va9l

Here’s a statement from Perdue and his campaign.

“This morning, Senator Perdue was notified that he came into close contact with someone on the campaign who tested positive for COVID-19. Both Senator Perdue and his wife tested negative today, but following his doctor’s recommendations and in accordance with CDC guidelines, they will quarantine. “The Senator and his wife have been tested regularly throughout the campaign, and the team will continue to follow CDC guidelines. Further information will be provided when available.”

Perdue’s race has tremendous implications for Republicans nationwide, as their grip on the Senate is hanging in the balance.Republicans currently have a razor-thin majority of 50-48 in the Senate. If Democrats win both seats, then the balance of the Senate would be 50-50, and Vice President-elect Kamala Harris would be empowered to cast the tie-breaking vote.

But even losing one seat would put Democrats just one Mitt Romney away from doing whatever they want.