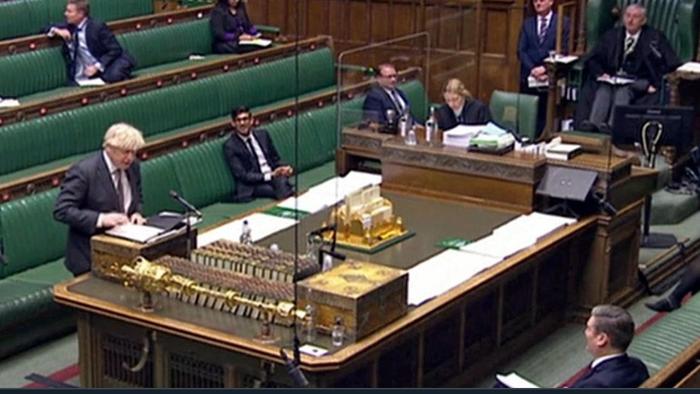 
The trade agreement negotiated between the UK and EU has, as expected, passed the House of Commons in a vote of 521 to 73, with a few members from a range of parties rejecting the deal for various reasons, even as the Labour leadership backed it.

Before the vote, the leader of the tiny DUP, the conservative unionist party based in Northern Ireland, said they and their party members would oppose the deal. Leaders of the SNP, Lib Dems, Plaid Cymru have all instructed their MPs to vote against the deal, while Green MP Caroline Lucas said she will vote against it too. Meanwhile, the European Research Group, the bastion of Brexiteer dissent that helped bring about the downfall of Theresa May, published a three-page summary yesterday explaining its support for the deal.

Before the vote, Cabinet Office minister Michael Gove winds up the debate for the government, saying four and a half years after the referendum vote “we can say we have kept faith with the people,” he said. “This bill takes back control of our laws, borders and waters.”

The pound, which had been sliding all morning, jerked higher on the headline.

The vote puts the deal on track to become international law within hours. It’s expected to pass in the House of Lords, as well as the EU Parliament in Brussels.