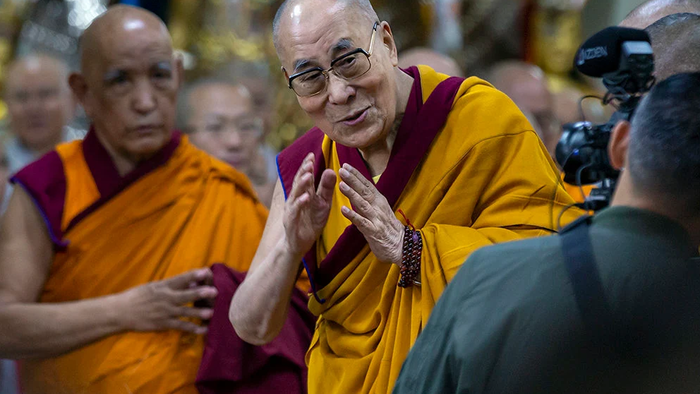 
China has reacted fiercely to what it says is anti-China language and policies contained in the huge $2.3 trillion spending package President Trump signed Sunday night, namely centered on Tibet Policy and Support Act and the Taiwan Assurance Act.

China’s foreign affairs minister Zhao Lijian expressed the Chinese Communist Party’s anger, saying the country is “resolutely opposed” to the two measures as they unfairly “target China” and constitute blatant interference in its own foreign affairs and relations.

Urging Washington to not enforce those parts of the two bills within the spending package, Lijian said further that “The determination of the Chinese government to safeguard its national sovereignty, security, and development interests is unwavering,” according to Reuters.

The sections are part of a controversial series of foreign aid related massive spending stipulations contained within the nearly 6,000 pages which have now become law.

The Tibet Policy and Support Act further bans China from establishing new consulates in the US until the US is able to do so freely in Tibet.

Moreover, the bill specifically directs the secretary of state to establish an American consulate in Tibet, which has long been claimed by China in a situation parallel to the historic standoff over the Republic of Taiwan..

The bill also targets Chinese officials for travel bans if they are deemed “complicit in identifying or installing a government-approved candidate” to succeed the Dalai Lama.

Trump’s parting shot.
New US law backs the right of Tibetans to name the next Dalai Lama,calls for a US consulate in Lhasa.
The msg is clear: bipartisan support for action against China, now signed into law, must be enforced.
Where’s India in the new Tibet game?Watch #Gravitas pic.twitter.com/pqEl29wBUm

As for the Taiwan Assurance Act, it aims to solidify a 1979 US law that affirms “substantive ties” between the US and Taiwan, including more weapons sales and increased moves toward normalization.

This after over the past months the US and Taiwan have inked deals for a record breaking series of advanced weapons transfers, which Beijing sees as a blatant violation of the previously agreed upon longtime ‘One China Policy’ status quo.