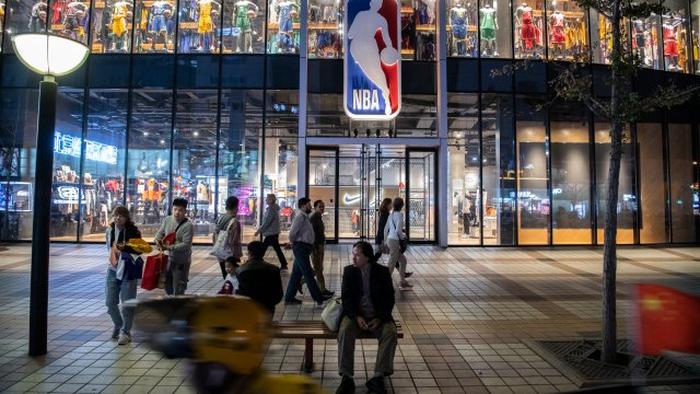 
Chinese streaming giant Tencent halted live broadcasts of NBA games featuring Philadelphia 76ers and Houston Rockets because Daryl Morey, voiced his opinion on Twitter in 2019 about support for the Hong Kong pro-democracy movement, according to The Japan Times.

At the time, Morey was the general manager of the Houston Rockets, tweeted (now deleted) “Fight For Freedom Stand With Hong Kong.”

That didn’t sit well with the communist government, and it was revealed late last year that the Chinese government insisted the league fire Morey, from the Houston Rockets.

Morey has since become the president of the 76ers, as it seems the communist have not forgotten Morey’s political activism in his support of the Hong Kong pro-democracy movement.

In an apparent protest to Morey, Tencent has stopped live broadcasts of games involving the 76ers and Rockets for the 2020-2021 season, only offering text updates on a play by play basis.

AFP noted that “state broadcaster CCTV, which holds China’s exclusive TV rights for the NBA, has not aired any games since the season opened on December 22.”

Tencent’s refusal to air 76ers and Rocket games and CCTV’s blackout of NBA games has cost the league hundreds of millions of dollars. NBA’s revenues could drop by 40% in the 2020-2021 season.

The Times also noted that text updates via Tencent were available for the 76ers season opener against Washington Wizards on December 23.

The 76ers played New York Knicks and Cleveland Cavaliers over the weekend, as Tencent only provided text updates.

He added that he has no regrets about what was tweeted though he didn’t expect immediate outrage from the communist.

The essential lesson that should be taken from Morey’s tweet and China’s communist government’s action is that government involvement and regulatory oversight in private business is toxic.