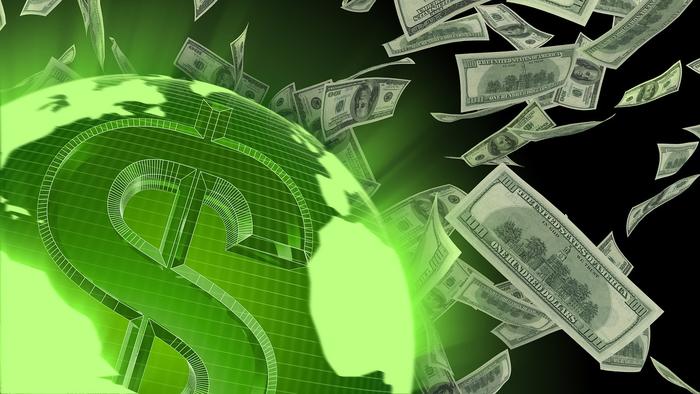 Well, it looks like we are going to get $600 stimulus payments from the federal government after all.  Oh goody!  For the millions of Americans that are on the brink of being evicted from their homes, that will be enough for about half a mortgage payment or about half a month of rent.  Many are referring to this as America’s “let them eat cake moment”, and that probably is not too far off target.  As our politicians spend hundreds of billions of dollars on other nonsense, we are supposed to be deeply grateful to them for tossing a few hundred bucks our way.  But the truth is that $600 dollars does not go as far as it once did.  20 years ago, it would have bought more groceries than any of us could have possibly put into a single vehicle, but today it will buy about two carts of food and maybe a tank of gas.

If we are going to go “full Weimar” and destroy any hope of ever getting our national finances under control, we might as well make the checks big enough to smile about.

But while you get a measly $600, the federal government is spending $6,900,000 on a “smart toilet” which can actually recognize a user’s “analprint”…

In his latest report on federal government waste, a project he completes every year, Sen. Rand Paul (R-Ky.) highlights $54.7 billion in government spending that he deems wasteful. Among the items noted this year is the creation of a $6.9 million “smart toilet,” which operates with three cameras, one of which can identify a user’s “analprint.”

As explained in The Festivus Report 2020, researchers at Stanford University used $6,973,057 in funds granted through the National Cancer Institute, which is part of the National Institutes of Health (NIH) to create a so-called “smart toilet.”

Just when I think that it can’t possibly get any worse, the federal government comes up with even more bizarre ways to waste our tax dollars.

At least if we were only spending what we brought in I could live with that.  But instead, we have been stealing more than $100,000,000 dollars from future generations of Americans every single hour of every single day ever since Barack Obama first entered the White House.

I am not just picking on the Democrats.  At this point most Republicans have abandoned any pretense of fiscal responsibility, and that fact makes me sick to my stomach.

If we are going to liquidate the nation anyway, let’s give people checks that are so large that they will be dancing in the streets.

Because giving people $600 checks in this economic environment is essentially the equivalent of spitting into Niagara Falls.

Let me try to illustrate what I am talking about.  Right now, there are 12 million U.S. renters that are more than $5,000 behind on their rent and utilities…

The newest data from Moody’s Analytics shows about 12 million renters are now at least $5,850 behind in rent and utilities payments — and eviction protections expire in weeks.

Okay, so let’s assume that all of those people get $600 payments on a timely basis.

In the end, on average they will still be about $5000 behind on their payments, and the start of a new month is right around the corner.

There’s been as much as a 70% percent increase from last year in people paying rent on a credit card, according to an analysis by the Federal Reserve Bank of Philadelphia.

“If you’re putting your rent payments on to a credit card, that shows you’re really at risk of eviction,” says Shamus Roller, executive director of the nonprofit National Housing Law Project. “That means you’ve run out of savings; you’ve probably run out of calls to family members to get them to loan you money.”

For 32-year-old Jo Marie Hernandez, $600 might buy a little bit of time, but what she really needs is a new job…

Jo Marie Hernandez doesn’t know how she and her 4-year-old daughter will survive after her unemployment aid lapsed this weekend.

Hernandez, who lives in Olean, New York, is on the brink of losing her home in days after she lost her job as a customer service associate at a gas station in the spring. Enduring prolonged unemployment, she’s struggled to make ends meet and has nothing left in savings to keep her afloat.

I can’t even imagine the emotional pain that she must be going through right now.

When you have a young child and you are about to be thrown out into the streets, nothing else really matters…

“I only have $100 left to my name. My whole world is shattered,” says Hernandez, 32, who was forced to put her car up for sale. “We can’t wait a few weeks for help. We’re starving and will be out on the street soon.”

Sadly, there are millions and millions of other Americans that are facing similar scenarios right now.

This is what an economic depression looks like, and economic conditions are going to continue to deteriorate moving forward.

Many on the left are assuming that future stimulus checks will be bigger once Joe Biden gets into the White House.  But every additional dollar that we borrow makes our long-term problems even worse.

Our national debt continues to spiral wildly out of control, the money supply is shooting up at an exponential rate, and we are mired in the worst economic downturn since the Great Depression of the 1930s despite unprecedented government intervention.

This is the big meltdown that everyone has been waiting for, and we are still only in the very early chapters.

So no, $600 stimulus payments won’t actually fix anything.

But hopefully they will ease the suffering slightly as the U.S. economy continues to relentlessly steamroll toward oblivion.