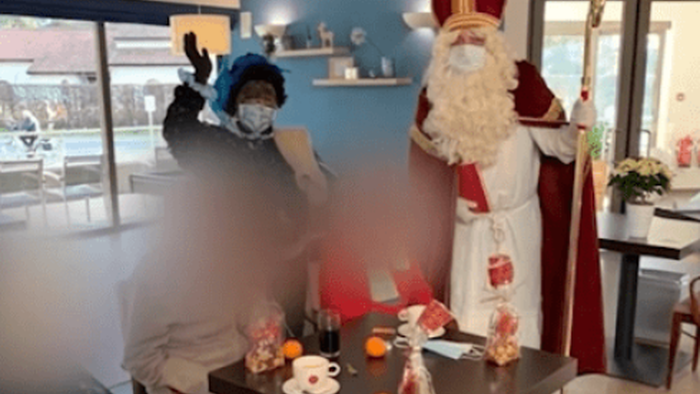 
A man dressed as St. Nicolas in early December visited a nursing home in Belgium to spread holiday cheer to lonely, isolated seniors, but according to authorities, that wasn’t the only thing he was spreading.

A tragedy is unfolding at the Hemelrijck nursing home in Mol, a town 31 miles east of Antwerp in Belgium, following a coronavirus infected Santa Claus. He visited the nursing home on Dec. 4.

In three weeks, the virus spread through the facility like wildfire, infecting 121 residents and 36 staff and claiming 18 lives, according to RT News.

Three days after the man’s visit, who also happens to be the son of one of the residents, he developed flu-like symptoms and tested positive for COVID-19.

At the time, Mol Mayor Wim Caeyers assured the public that the spread through the long-term healthcare facility was under control. He said even though the visit of Saint-Nicholas was not coordinated with local health authorities, guidelines on mitigating the virus’ spread had been followed.

Days later, photos from the visit emerged, showing Santa and his helper, another volunteer, both wearing surgical masks, standing well within the safe range of six feet of some seniors at the facility who weren’t wearing masks.

Caeyers became outraged at Hemelrijck’s management for misleading him about the visit.

“We realize that the management organized this with the best of intentions and did try to respect the measures,” he said, adding that there could have been more social-distancing protocols implemented during the visit. “But what’s done is done,” he concluded.

A spokesman for Armonea, the company which manages the nursing home, said, “the team is very shocked by what happened, but that also makes them very motivated to get the virus out again.”

Marc Van Ranst, one of Belgium’s top virologists at KU Leuven university, said the entire visit was a “stupid idea.” He said the man might have been infected by a resident or a staff member due to his frequent volunteering at the facility, adding that poor ventilation may have resulted in the further spread.

Caeyers said: “We’re expecting up to ten difficult days,” adding that “several laboratories are currently trying to determine the source of the infections, but I have not yet received results.”

Belgium has been slammed by the virus pandemic’s second wave that pushed its healthcare system to the limit. As a result, government officials introduced a partial lockdown to mitigate further spreading.

To make matters worse, a team of researchers at Goldman Sachs recently noted to clients that winter in the Northern Hemisphere would result in more virus cases, not just in Europe but also in the US.