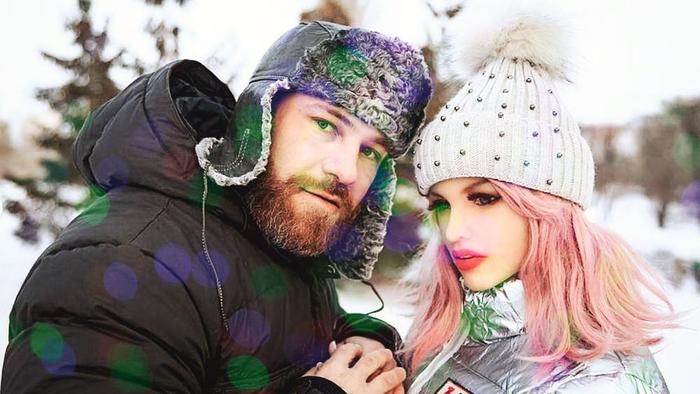 
Authored by Elias Marat via TheMindUnleashed.com,

Mere weeks after bodybuilder Yuri Tolochko was wedded in unholy matrimony with his beloved sex doll Margo back in November, the odd couple’s relationship is already breaking down – quite literally – as yuletide festivities begin.

The eccentric musclehead from Kazakhstan garnered world headlines last month when he married Margo in front of dozens of guests after “dating” the anthropomorphic rubber sex toy for eight months before finally “proposing” to it in December 2019.

However, Margo has since suffered a breakdown in functions after dealing with what may have been an overly vigorous honeymoon. As a result, poor Yuri may have to figure out alternative plans for the holiday season while his “broken” bride is rehabilitated.

“She is broken — now she is being repaired. She’s in another city,” Tolochko said, according to the Daily Star.

“When she recovers, it will be a gift for both of us.”

Fortunately for Yuri, Orthodox Christmas Day doesn’t occur until Jan. 7 in Kazakhstan, giving Mrs. Tolochko plenty of time to recuperate for the holidays. However, she may not be ready for the country’s main winter festival of the New Year.

The bald, blue-eyed Tolochko – who has described himself as a “sexy maniac” and identifies as pansexual – has been posting images of public displays of affection between himself and Margo on his Instagram for some time.

Yuri claims that he met the sex doll at a nightclub when she was being accosted by some annoying patrons. He later decided to shelter-in-place with the sex doll in March when the coronavirus pandemic swept across the region, ensuring that neither of them would suffer the lockdown while in solitude.

His marriage with the doll became the subject of worldwide bemusement as he was seen dancing with the somewhat stiff sex doll at the ceremony.

“It’s happened. To be continued,” the bodybuilder and actor wrote after putting a ring on it.

Yuri had hoped to marry Margo earlier, but the ceremony faced delays, including after he came under attack at a transgender rights rally in the Kazakh city of Almaty on Oct. 31, when his nose was broken and he suffered a concussion in an attack, the Daily Star reports.

While pansexuality is a concept that describes being attracted to someone regardless of their gender identity or lack thereof, Yuri believes that it can be extended to mean one can fall in love with “a character, an image, a soul, just a person” – or even an inanimate object.

“I like the process of sex itself,” Yuri said. “And gender, sexual orientation are not particularly important here.”

“I love being tortured, I can endure a lot of pain,” he continued. “I love to dominate too. Margo is capable of what other people are not capable of.”

Margo also apparently works as a waitress at a local bar, and she enjoys the Georgian dumpling dish, khinkhali.

“She can’t walk by herself; she needs help.” Yuri explained. “Margo doesn’t know how to cook, but she loves Georgian cuisine. Her favourite dish is ‘khinkali’.”

“She swears, but there is a tender soul inside.”