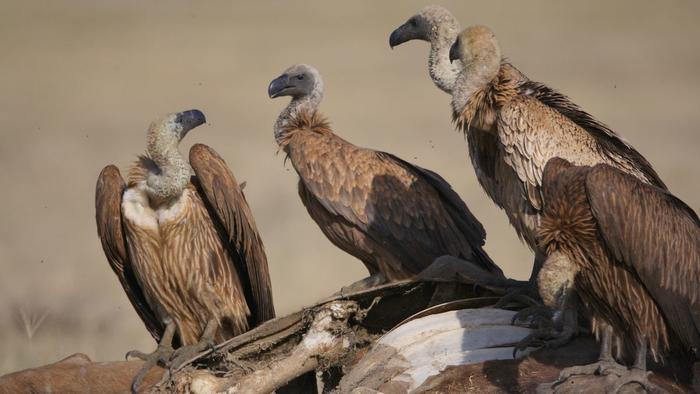 Let’s dispense with the obscenity that expressed intentions excuse all crimes and consequences.

It’s a close contest between which officially approved story is more implausible: Coronavirus as the Scourge of Humanity or America’s Free and Fair Election. The former enabled the latter, and they were propagated by the same people pursuant to an all-in power grab. Both are riddled with glaring inconsistencies and fraud, none of which are mentioned in polite society.

It was strange, she thought, to obtain news by means of nothing but denials, as if existence had ceased, facts had vanished and only the frantic negatives uttered by officials and columnists gave any clue to the reality they were denying.

The stories’ propagators don’t address the inconsistencies and fraud because they can’t; they simply deny their existence. They suppress questions, inquiry, and exploration of actual evidence and facts, and promote mindless slogans. The legacy media censorship has been overt, but not as effective as hoped, thanks in large part to the alternative media. The censorship itself is a red flag. If the approved stories are Shining Truth, why can’t they bear challenge?

The propagandists are suppressing free inquiry and debate, and they’re about to eliminate it entirely. With next month’s ascension of Biden and Harris and the predatory and parasitic ruling cabal to which they answer, the prize is in site. They see no need to continue feigning fealty to anything other than subjugation and control.

For the most part they’ve even dropped their shopworn rhetoric of concern for their subjects. In the good old days there was “for the people” codswallop with the goodies, which you got as long as you did what you were told. The new diktat will be to do as you’re told or else, but there will be no goodies; governments are bankrupt and the ruling cabal has no ability to produce. They will not be bothered by destitution and deaths among the ruled, that’s a feature, not a bug. Indeed, any detectable concern would be grounds for immediate expulsion from the cabal.

Let’s dispense with the obscenity that expressed intentions excuse all crimes and consequences. Totalitarianism has never produced anything but destruction, destitution, and death and never will, regardless of the totalitarians’ lofty rhetoric. Totalitarians are vultures, not eagles, and the current kettle of vultures intend to dine on the corpse of history’s most advanced civilization.

Draft animals work harder for a morsel or kind words than for the whip or switch, but somehow humans are different. Whips, switches, prisons, and subjugation pave the road to utopia. When they instead lead to a charnel house, that’s not the fault of the whippers, switchers, wardens, or subjugators. Except it is. Orwell said it best: “The object of power is power.” Power’s trite slogans and rationalizations don’t excuse its murderous depredations, they only increase its inescapable guilt.

Compromise between good and evil spells death for the good. If I ask you to drink a cup of cyanide and you refuse, but we compromise on half a cup, who wins?

It’s these sort of compromises, exacted bit by bit over decades, that have destroyed a once great nation. It’s understandable how it happened. There’s a problem and more power for the rulers is always the solution: a Civil War, central bank fiat debt, an income tax, make the world safe for democracy, a New Deal, Frontier, or Covenant, Hope and Change, leader of the Free World, wars on poverty, drugs, terror, and now, germs, and so on.

The compromises serve as precedents that launch the next compromises and consequent government accretions of power. (The Civil War was precedent for both the income tax and fiat currency 48 years later.) Solutions are always presented in a blinding blaze of propaganda. There are always the unblinded few who question and dissent. They are always ostracized or worse.

The rest learn the lesson. Herd behavior is hard-wired. Like a pack of wildebeests after one spots a lion, there are times when reflexive flight is the right response. However, nothing government does is quick enough to be considered reflexive; there’s been time enough to question, analyze, and protest virtually everything the US government has done since its inception. Unfortunately, at the individual level, sticking with the pack often makes perfect sense. To be the one who refuses to obey, or to even question the dictates of a powerful government that is both stoking and benefiting from herd frenzy, is to risk ruin, imprisonment, and sometimes, death.

The crowd does what the crowd does. Regardless of the arguments, and perhaps the insults and deprecations from the few outside the crowd, it rationalizes its own behavior. Who are we to question? It’s still a great nation, it could be worse. Why risk our comfortable lifestyle for intangible principles? Better safe than sorry. And there’s the secret thought: yes, there may be unfortunate consequences, but I’ll be dead by then.

Except the unfortunate consequences have arrived. We’re confronted by a dystopian totalitarianism the design of which the totalitarians are no longer trying to hide. Virtually everything has already been compromised and the meager remnant of freedom is on the table. As the crowd is prodded into the cattle cars (not social distancing, their well-being no longer even a faux concern) uneasy whispers circulate: is the final destination the abattoir?

However flimsy the excuses offered by the ruled have been, they’ve at least had the usual rationalizations of cowardice. There’s no excuses or rationalizations for our rulers. They want to impoverish, subjugate, or kill us. Don’t give them too much credit believing the latter isn’t the preferred option. Such deeds never spring from motives other than all-encompassing, unremitting malice and hate. The honest and honorable are left to wonder what, if anything, has replaced those forfeited souls. We may never know the answer.

What do they get from their brave new world? Adding to their already substantial fortunes? Still more power over an impoverished, cowed population, more transhuman robots than people, dutifully following orders but unable to produce anything beyond what is programmed into their quantum microchips, bereft of the sparks of inquiry, innovation and joy that propels humanity and make life worth living? Do they not know that a gray curtain will descend over the dazzling world of wealth and privilege they now inhabit? That turning people into appliances plugged into an all-seeing internet will leave everyone in a electric panopticon that’s as sterile and joyless for the watchers as the watched?

The gray curtain descends. What further demonstration is necessary of impoverish, subjugate, and kill than Coronavirus totalitarianism, which has done all three? It’s the preview of coming attractions. The last flimsy excuse for the ruled is the one that would presumably be offered by roadkill if it wasn’t dead: it was too stunned by the headlights to think or act. The moment is nigh: you’ll be totalitarian roadkill if you’re too stunned by the brazen evil unfolding to think and act, now.

Joe Biden and Kamala Harris are no more the rightful president and vice president than I would be the rightful owner of your house if I forced my way in, held a gun to your head, and made you sign over the deed. Unlike the solipsistic plaints after President Trump won a semi-legitimate election in 2016 (“Not my president!”), Joe Biden will not be my or anyone else’s rightful president in 2021. (The 2016 election probably was rigged—for Hillary—the riggers just didn’t do an adequate job, unlike 2020.) Biden and his partner in crime are usurpers and SLL will not refer to either one by their stolen titles. Until the inauguration SLL will refer to Biden as Not Our President-Elect, or NOPE. They’re small gestures, but revolutions start with small gestures.

NOPE and Vice-NOPE will be nominal capos of the largest organized crime syndicate in history. Unchallenged crime and evil are not static; they get worse. Investing any hope in “things will get better” has been a loser for more than a century. Governments generally do nothing but get worse—more taxes, more laws and regulations, more debt, more fiat fraud, more wars, more corruption, and more power—as the freedom of individuals who must live under them vanishes.

Hope without action is not a strategy, but there is cause for hope if it’s coupled with action.

Part Two will be posted next week.