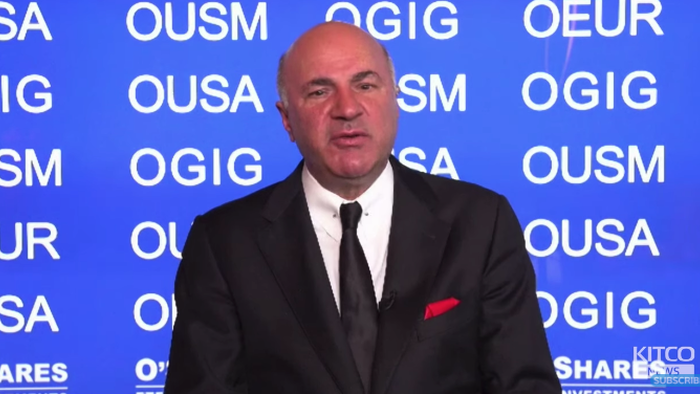 
Even before the virus-induced downturn wiped out the savings of tens of millions of Americans, more than one hundred million folks throughout the country had nothing saved for retirement.

Called the “retirement crisis,” the assumption today is that Americans are in deeper financial turmoil than ever.

It was 2018 when we informed readers that more than 100 million Americans of working age did not have any retirement account assets in an employer-sponsored 401(k) type plan, individual account, or pension.

This means that the American dream of a modest retirement after decades of work is now a middle-class nightmare. In a world where the virus-pandemic is resulting in a “great reset,” small and medium-sized enterprises are being wiped out in droves as permanent job loss soars into the millions.

Making sense of this all and how we got here is Kevin O’Leary, star of Shark Tank and chairman of O’Shares ETFs. He spoke with Kitco News’ David Lin about the retirement crisis where the average working person has no wealth due to “the lack the financial literacy.”

“I think you’ve hit on a huge issue in America today there are a hundred million people that have nothing set aside for retirement – they have no investment account that is a failure of financial literacy that started as far back as the 1970s. We never taught kids in high school – we teach them reading, math, jobs, and sex education – nothing about investing – nothing about debt – nothing about credit cards – a huge mistake,”  O’Leary said.

O’Leary continued by saying education reform is a must if you want societal change.

“We really need to change the curriculum in high school, at the ages of 13 and 14, to start to explain how a credit card works, how the market works, that needs to be mandatory, not supplemental,” he said. “The state of Florida has brought it into their curriculum, it’s mandatory. We need to see that in New York, Texas, and California, they’re the majority of where the schools are and then the rest of the states will follow.”

Without further adieu, O’Leary speaks about the retirement crisis.

Expanding more on why educational systems nationwide at the high school level need to include financial classes, we noted a couple of months ago that “financial education decreases the likelihood of holding credit card balances.”

Maybe financial elites keeping the population in a perpetual financial daze while they rack up credit card bills is just part of the American way.