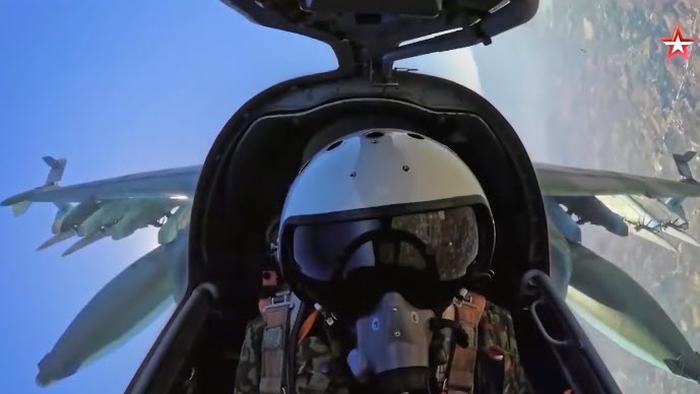 On December 24 and 25, warplanes of the Russian Aerospace Forces carried out a series of airstrikes on positions of Turkish-backed militant groups in northern Lattakia.

A large part of the airstrikes targeted the outskirts of the town of Kabani. Photos shared by opposition activists show smoke rising from several hills in the town’s vicinity, where a complex network of tunnels, trenches and fortifications were built over the last two years. Kabani is a well-known stronghold of al-Qaeda-affiliated groups – Hay’at Tahrir al-Sham, the Turkistan Islamic Army and Ajnad al-Kavkaz.

The new wave of Russian airstrikes on Kabani coincided with intense shelling by the Syrian Army on the southern Idlib countryside. Syrian troops also targeted a vehicle of militants in western Idlib with an anti-tank guided missile.

This is not the first round of air and artillery strikes on positions of militants in the southern part of the Idlib de-escalation zone. Last week, Syrian forces and Russian warplanes delivered over 100 strikes on different targets.

Pro-militant sources link these developments with the recent deployment of the Syrian Army reinforcements in the al-Ghab Plains claiming that this is a part of the preparations for an offensive operation there.

Meanwhile, reports appeared that following the successful cases in Libya and Nagorno-Karabakh, Turkey is considering to use its Syrian proxies in northern Iraq. Members of Turkish-backed militant groups proved themselves as useful cannon fodder taking the main casualties as Turkish special forces, artillery and air power deal with their opponents. This time, Turkish proxies will get a chance to sacrifice their lives in the battle against the PKK.