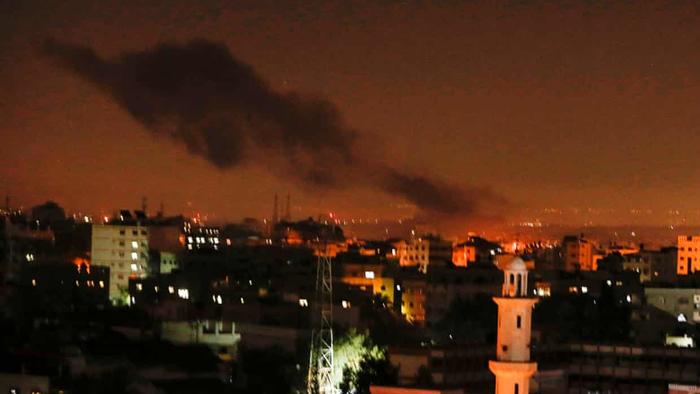 
Overnight Israeli jets pounded targets in Gaza in response to what the Israeli Defense Forces (IDF) said was Palestinian militant rocket fire into the south of the country.

“Hamas will bear the consequences for all terror emanating from Gaza,” the IDF announced in a tweet, after which it said Israeli aircraft had struck a series of Hamas military facilities including a rocket manufacturing location.

It doesn’t appear there were any deaths as a result of the exchange of fire Friday night into early Saturday, but there were multiple injuries reported.

The Palestinian side is disputing that Israel hit merely Hamas military outposts or weapons facilities, claiming that instead a children’s hospital was among places to suffer severe damage in Gaza.

“According to the official Palestinian news agency Wafa, Israeli warplanes fired a series of missiles on Saturday in the eastern, northwestern and central parts of the Gaza Strip, including open farmland, wounding a six-year-old girl and a man in his 20s,” Al Jazeera reports. “The attacks caused power cuts in the eastern parts and caused some damage to a children’s hospital, a center for disabled people, and shattered the windows of some residential buildings, according to the reports.”

In response to the rockets fired from Gaza toward Israel tonight, the Israeli Air Force struck Hamas terror targets including:
🎯A rocket manufacturing site
🎯Underground infrastructure
🎯A military post

Hamas will bear the consequences for all terror emanating from Gaza.

An IDF statement said Friday that it all started when “Two rockets were fired from the Gaza Strip towards Israeli territory,” and were intercepted by the Iron Dome aerial defense system. Then more rockets followed, causing air raid sirens to go off and southern Israeli residents to flee and seek shelter.

The day before on Christmas eve the Israeli Air Force mounted an attack on Masyaf area in the Hama countryside, which may have killed up to six people according to regional reports.

“At 12:40 this morning, the Israeli enemy launched an aggression by directing a barrage of missiles from the north of the Lebanese city of Tripoli towards the Masyaf area in the western Hama countryside,” Syrian state TV said. “Our air defenses intercepted the missiles and downed most of them,” it added.

You bombed Masyaf, which is home to several Syrian Christian families. It is also located 20 km away from Mhardeh, the largest Christian-populated city in Syria. https://t.co/8AomQB4nWx

There was widespread anger also in Lebanon, given that just before the attack on what Israel claimed was an Iranian militia site four IAF jets flew low over Beirut, startling residents of the city who feared they were coming under attack.

There was also outrage in the region over the fact that such an aggressive major aerial attack took place on Christmas Eve, as well as that the region struck has Syrian Christian communities in the area.