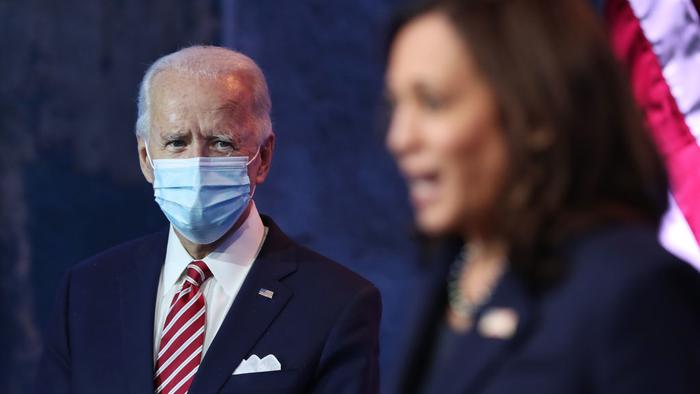 
President-Elect Joe Biden has been under pressure from the far Left within his party to cancel all student debt as one of his first acts in office after January 20. For example earlier this month a proposed Schumer-Warren plan demanded immediate student debt forgiveness of $50,000 for each and every borrower (with the exception of course for all who’ve previously dutifully paid off their debt).

They are demanding he do this via a sweeping executive order, with some progressives going so far as to push for a total debt forgiveness by a mere “flick of the pen”.  By middle of this week Biden belatedly addressed the growing controversy head-on in an interview with The Washington Post which no doubt added fuel to the fire of Progressive outrage.

Biden said, “I’m going to get in trouble for saying this . . . it’s arguable that the president may have the executive power to forgive up to $50,000 in student debt… Well, I think that’s pretty questionable. I’m unsure of that. I’d be unlikely to do that.”

So there it is: there won’t be a belated Christmas gift of more “free money” the far Left demands, though he has signaled he’ll stick by his more modest plan to forgive a smaller amount of up to $10,000.

All of this follows a separate plan by House Democrats which came on the heels of the aforementioned Schumer-Warren plan, as Forbes reviews:

A diverse coalition of 237 civil rights and consumer protection organizations, including the NAACP and several national labor unions, sent a letter to Biden in November, urging him to use executive authority to cancel federal student debt when he assumes office in January.”

This pressure has built for Biden to go further after he’s fairly consistently said on the campaign trail that he won’t go past $10,000. It’s not enough say the advocates of $50K or also total debt cancellation, despite that Biden’s plan according to some common estimates would result in a whopping $1.7 trillion outstanding student loan debt being wiped out among 16 million people, which is about a third of all borrowers.

.@RepPressley and other @HouseDemocrats introduced a resolution calling on @JoeBiden to cancel $50,000 in federal #studentdebt for every borrower using executive authority. Senate Democrats, led by @SenWarren and @SenSchumer, introduced a similar resolution earlier in the year.

“President Biden can undo this debt — can forgive $50,000 of [student] debt — the first day he becomes president,” Schumer said earlier this month. “You don’t need Congress. All you need is the flick of a pen.”

But as a reminder, the significant legal challenges that trying doing such through mere executive order in the first place notwithstanding, the reality as a recent in-depth Goldman Sachs study of the issue found is that even substantial student debt relief of the kind the left-wing of the party wants would have miniscule to only small effect on GDP.

“Most student debt—and the vast majority of debt with a large balance—is held by households with a graduate or professional degree that have high earnings potential and are less likely to be resource constrained,” Goldman found.

How it started How it’s going pic.twitter.com/Sljx2QGvmz

The analysis from Goldman’s economics team calculated that even substantial debt relief “would only have a small effect on GDP”, specifically, forgiving federal student loans up to $10k would add less than 0.1% to the level of GDP starting in 2021, and cumulatively add only $0.43 in real GDP for each $1 of forgiven debt over the next 10 years.

A more generous debt relief program that forgives federal loan balances up to $50k would provide a slightly bigger boost to GDP, but would have a smaller per-dollar impact.

Or put another way, contrary to their fantasy land vision that somehow this would lift up low-income and struggling families, progressives would actually be funding the upper middle class ironically enough.