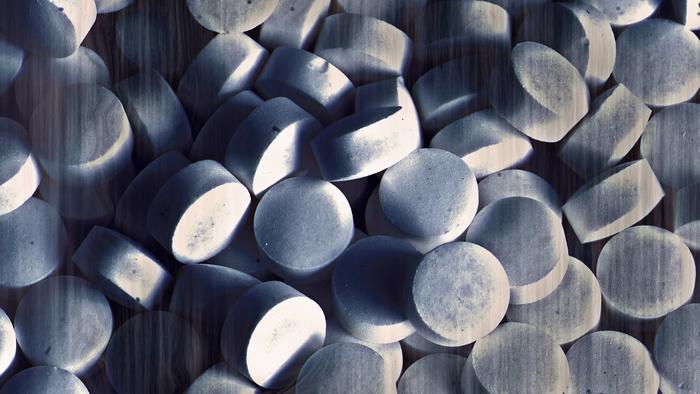 
Authored by Joseph Jankowski via PanetFreeWill.com,

It would be another form of kicking the can down the road. You pay the people for their complacency until you can’t any longer…

After the congressional passage of the 5,593 page COVID “stimulus” bill on Monday, President Trump shot the legislation back into the hands of congress demanding that the direct payments to Americans increase from $600 to $2,000 for individuals and $4,000 for couples.

The President also called for congress to amend the bill in order to cut out the “waste and unnecessary” items, a point that is being overlooked by the media and members of congress.

Speaker of the House Nancy Pelosi responded quickly to Trump’s Tuesday night veto threat by whole heartedly agreeing with the idea of sending a larger sum of money to the American people with no mention of trimming any fat from the 20/80 slab of beef passed earlier in the week. (20 substance/80 fat).

As of writing, Pelosi has signaled that Democrats are only now waiting for the GOP to enter into agreement with the larger direct payments.

There was absolutely no way in political-hell that Trump would have signed the “stimulus bill” when received in its original condition. The bill has very little to do with stimulating the needs of the financially struggling public and mostly to do with serving foreign and domestic special interests. It would have been a signature on the dotted line of political suicide.

All Eyes on Thieves

Large omnibus legislation like this is par for the course with congress. What is interesting about this time around is that millions of people are watching and involved.

The details of the bill, which include billions of taxpayer dollars being sent to foreign governments, tens of millions for “gender studies” in middle east, and tax breaks for race horse owners, amongst other shameful waste, was enough to send the public into a rage, and understandably.

This is, as Rand Paul called it, the “Obama/Rahm Emanuel playbook. Specifically, the play that calls for “never letting a serious crisis go to waste.” Doing so would allow for a missed opportunity to redistribute wealth, commit fraud, or push the levers of tyranny.

Congress’s willingness to let the $900 billion spending bill slide through the bicameral body  was a recital of the Obama/Emanuel play mentioned above. It was an exploit of the public’s vulnerable state caused by government lockdowns, mainstream media hysteria, and the virus itself.

The bribery payments inside are only wrapping paper on a flaming mountain of cacca that will send the hard earned incomes of the American worker over seas, in a time of crisis.

Stage Set For the UBI Sedation

Now that the stage is set for larger direct payments to the public, the test case is being made for the idea presented by former Goldman Sachs CFO, Marty Chavez, who recently said a form of universal basic income could be used to “stave of revolution” that will inevitably come as the wealth gap continues to increase.

“This is what I say to, you know, friends who you might call ‘oligarchs,’ right? Why it would make sense for everybody to have some baseline income and why we should all pay for it,” Chavez said.

Here we standing at the unprecedented moment when the American public is fully waking up to the total disdain their elected representatives have for their well being. The highly publicized reallocation of their tax money, at a time they need it most, has congress’s back against the wall. They have no choice but to hand out more money or risk a total rock bottom relationship with the public’s complacency.

It is also important to mention that the sell outs gave themselves no time to comprehend even a quarter of what was in the bill before passing it, let alone comprehend the repercussions of the details.

The question remains whether the direct payments will sedate the public enough to let the selling out of their incomes slide. If not, it is possible we hit a pivotal moment where any progression of the status quo will amplify the protest against the two party system.

If it actually succeeds in calming the American people’s temper, the case has been made that a UBI system could actually be implemented to stave of revolution.

It would be another form of kicking the can down the road. You pay the people for their complacency until you can’t any longer.

It’s unknown how long such a scheme could last, but one could reasonably believe that $20 trillion of federal debt could easily lead to $100 trillion.

UBI pilot programs are currently being enacted across the US with funding from Billionaire Jack Dorsey of Twitter and former presidential candidate Andrew Yang. This means the systems are waiting in the wings for implementing the guaranteed income programs that would amount to the public swallowing a Xanax.

Also, Congress at the start of the COVID crisis called for giving smart phone digital wallets to Americans so they could receive direct payments of a digital dollar. This shows just where we are with the idea of a guaranteed income.

The results of the spending bill being sent back to congress remains to be seen. It is likely safe to say that little of the pork stuffed inside will be removed. What is guaranteed is the larger payments to Americans now that the political pressure is on.

Will $2,000 dollars be enough sedation? What about $2,000 again a few months from now? And then again shortly after? In the era of “deficits don’t matter”, why not?

Or will the revolution go live?