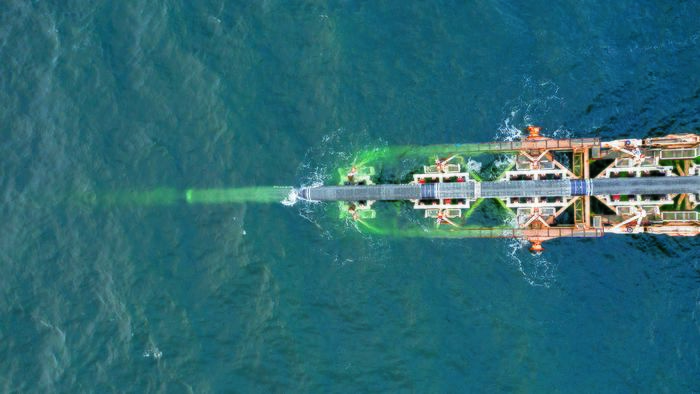 The widening US sanctions on the Russia-led natural gas pipeline project Nord Stream 2 are a kind of hybrid warfare used by the United States, Vladimir Putin’s Press Secretary Dmitry Peskov said on Monday.

“This is indeed a variant of hybrid warfare, it is used as a hybrid war by the United States,” Peskov said, as carried by Russian news agency TASS, asked about if the Kremlin agreed with a previous statement by Russian businessman Oleg Deripaska that the sanctions were hybrid warfare.

“Let’s take the sanctions against Nord Stream – it is a pure hybrid war that goes on like a war accompanied by unfair competition,” TASS quoted Peskov as saying on Monday.

The US continues to try to kill the project by slapping sanctions on anyone or any company helping the pipeline in any way.

US sanctions have delayed offshore construction works as the United States looks to thwart the completion of the pipeline by broadening the scope of the sanctions against service providers and those funding vessels involved in the construction of Nord Stream 2, and including the project as a target of more sanctions in the US defense bill.

However, work off the coast of Germany, the endpoint of the pipeline, resumed earlier this month, with the pipe-laying vessel Fortuna laying a 2.6-kilometer (1.6-mile) section of the pipe.

“The Kremlin seeks to present its energy infrastructure project as a done deal, a fait accompli that sanctions are powerless to halt. None of that is true.” @BLSchmitt https://t.co/uniCITWuyu

Potential new US sanctions on Russia because of recent cyber attacks, as well as plunging oil prices because of fear of a new coronavirus strain, sent the Russian ruble to its steepest drop since March this year. Additionally, the ruble was further pressured by the growing risk aversion toward emerging-market currencies and other asses on the markets on Monday.

Early on Monday, oil prices dropped by 3.5 percent amid growing concerns over the new virus strain in the UK, which prompted many European countries to suspend all flights from the UK.