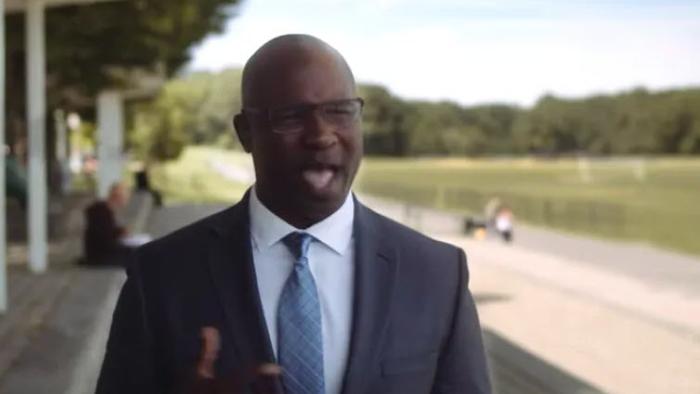 Democratic New York Congressman-elect and new member to the “Squad” Jamaal Bowman said he believes the U.S. system of capitalism is a form of slavery.

In an interview Monday with The Root, Bowman said, “I believe our current system of capitalism is slavery by another name.”

“We’ve moved from physical chattel enslavement and physical racial segregation to a plantation economic system. One that keeps the majority of Americans unemployed, or underemployed and struggling just to survive, while the power elite continues to concentrate wealth in the hands of a few, and allow large corporations to pretty much run the world as multinational corporations.”

“The pandemic has revealed it. With almost 300,000 dead from the pandemic, disproportionately Black and brown, and Jeff Bezos is the first $200 billionaire. In the next six years, he might become the first trillionaire. That’s slavery by another name. It’s a system that’s not working, so we need a new system.”

Bowman, who is set to be sworn into Congress on Jan. 3, has been very vocal about the need for a new system and has criticized Obama for not being radical enough.

“I don’t think Obama is the standard we should be striving towards,” Bowman said.

“I think the Squad and myself represent more of what’s happening right now in the party, on the ground, in the streets—particularly with parts of the community that we haven’t always engaged very well.”

The Squad is the informal name for a group of four progressive women elected in the 2018 United States House of Representatives elections, including Alexandria Ocasio-Cortez of New York, Ilhan Omar of Minnesota, Ayanna Pressley of Massachusetts, and Rashida Tlaib of Michigan.

Bowman tweeted Dec. 16 that he was “so proud to be entering congress to fight with my sisters for the American people,” referring to The Squad.

I’m so proud to be entering congress to fight with my sisters for the American people. Their leadership is why I’m here. They organize, strategize, mobilize and fight for us every second of every day. Looking forward to the 117th Congress. It’s about to be on! https://t.co/bQyboHiQp2