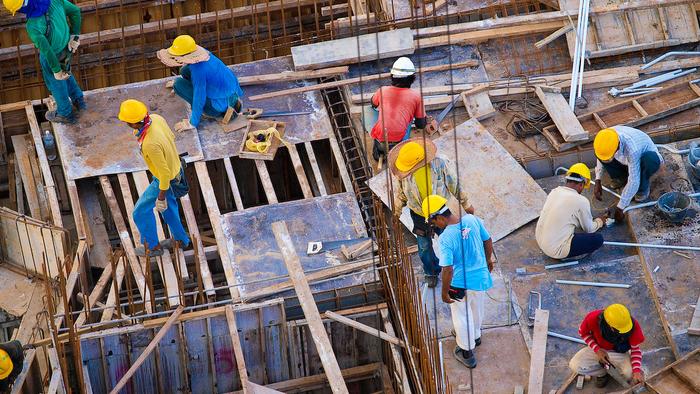 The COVID spending bill passed Monday allows federal bureaucrats to increase the amount of foreign labor they hired as millions of Americans are jobless due to the economic contractions caused by COVID-19 and government lockdowns.

On top of all the handouts to foreign governments and other waste of taxpayer money, a provision in the 5,593 page bill allows the Department of Homeland Security and Labor Department to “increase the total number of aliens” hired under H-2B foreign visas.

According to the bill, the foreign hiring can take place if the “needs of American businesses cannot be satisfied in fiscal year 2021 with United States workers who are willing, qualified, and able to perform temporary non-agricultural labor.”

As Breitbart’s John Binder highlights, this is could exacerbate the trend of DHS allowing employers to over-hire foreign labor under the H-2B visa program that has been shown to drive down American wages:

DHS Secretaries over the last four years have repeatedly allowed businesses to import more H-2B foreign visa workers above the annual cap of 66,000. Continuation of the policy would come as 24.5 million Americans are unemployed or underemployed. About 17.8 million of those are jobless.

The H-2B visa program has been widely used by businesses to drag down the wages of American workers in landscaping, conservation work, the meatpacking industry, the construction industry, and fishing jobs, a 2019 study from the Center for Immigration Studies finds.

When comparing the wages of H-2B foreign workers to the national wage average for each blue-collar industry, about 21 out of 25 of the industries offered lower wages to foreign workers than Americans.

As shown in the table below, the H-2B foreign labor disproportionately effects the construction, fishing, meatpacking, and plumbing industries:

According to the Bureau of Labor Statistics, there were 10.7 million Americas unemployed in the month of November.

Perhaps some of the hundreds of millions of dollars being sent to foreign governments to secure their borders could have been allocated to training Americans for the types of jobs that will undoubtedly be replaced by the cheap labor.

But no, that actually would have made this bill a “stimulus package” and not the special interest smorgasbord the American people were handed from the blind signatures of their “representatives.”

1/4 This is the spending bill under consideration in Congress today. I received it just moments ago, and will likely be asked to vote on it late tonight. It’s 5,593 pages long. I know there are some good things in it. I’m equally confident that there are bad things in it. pic.twitter.com/SoWXnEWYfV