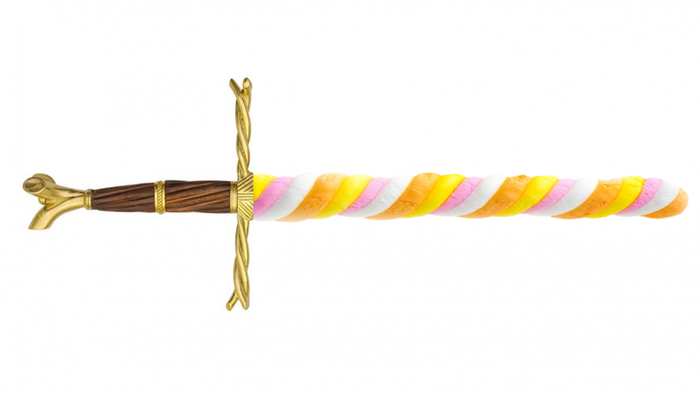 Read Part1: The Year We Lost The Plot here…

Read Part 2: The Year We Let Ourselves Be Infantilised And Dehumanised here…

Read Part 3: The Year We Sold Our Liberties For A Medical Tyranny here…

It is a curious fact that the Bible contains the phrase “Fear not” many times, whereas the word “nice” is never used (except of course in some of the really marshmallowy modern translations). Some websites tell us that we are exhorted not to fear 365 times, which would be lovely for someone making a book titled, “Round the year with no fear” – but alas it is not so. There aren’t 365. Nevertheless, however many times the phrase or sentiment is used, it is precisely that number more than the number of times the exhortation to be nice is used.

Yet, you’d hardly know it to look at the state of many churches at the moment. There seems to be an overwhelming emphasis on being “nice”, which generally means never saying anything provocative or dangerous or which could be seen as being judgemental. Yet when along came a virus, fear seemed to be in plenteous supply.

I must admit to being more than a little stunned by the reaction of many churches this year. Whatever calamities befall us in life, Christians are exhorted to overcome by seeing them as a “light momentary affliction,” which is “preparing for us an eternal weight of glory beyond all comparison.” (2 Corinthians 4:17). This does not mean never fearing. Rather, it means that we are to overcome that fear through faith. So in Psalm 91, the Psalmist can say:

“You will not fear the terror of the night, nor the arrow that flies by day, nor the pestilence that stalks in darkness, nor the destruction that wastes at noonday.”

“I will say to the Lord, “My refuge and my fortress, my God, in whom I trust.”

True belief in the death, resurrection and ascension of Jesus Christ is supposed to equip the Christian to overcome fear. Yet it has seemed to me that the reaction of much of the church to a coronavirus with an Infection Fatality Rate of around 0.2% – 0.26%, has really been no different to that of the non-Christian. What could have been a glorious time for the church to shine, with national leaders exhorting the nation to repent, exhorting people to overcome their fears by embracing the Gospel of the death, resurrection and ascension of Christ, became a non-event.

But this is not the half of it. Fear of the virus has shaped the way many have responded to the most astonishing powers over churches for eight centuries. You have to go back to 1208 to see such a closure of churches, which was done by a Papal Interdict (interestingly enough on 23rd March – the same day as Lockdown began) which lasted for six years.

Not quite six years this time, but a third of a year no less! And no, the state did not close churches during the Spanish Flu, yet when a virus of less than a tenth the lethality of Spanish Flu came on the scene (and far, far less than this for under 60s), the church largely rolled over. What was most incredible, was the lack of crying out to God for deliverance. And here it matters not whether people thought the Plague had come to town, or that the reaction to the virus was massively disproportionate, the response should have been the same: much anguished and fervent prayer for deliverance, which is the pattern set out in Scripture, and is how our ancestors would have reacted.

I understand there may have been nervousness back in March, when some feared we were about to see a sort of Plague coming our way. However, at the very least the churches could have said to the Government, “Okay, you’ve said three weeks and we’ll hold you to that. But if you cannot come up with an evidence-based justification as to how opening churches and letting healthy people gather together is detrimental, we’re going to defy you and do it anyway.”

Defiance? Hardly! Not only do the majority of the churches in the country seem to think the state has absolute jurisdiction over the church (it doesn’t), but they have allowed it to reshape the way they worship, including singing, the covering of faces with bits of cloth, and the ceasing of physical gatherings and physical fellowship. The irony of course is that this is done ostensibly in obedience to God, yet the Bible commands us to worship God together physically (Hebrews 10:25); to cultivate fellowship together physically (Acts 2:42); and to sing loudly (eg. Psalm 47:1).

Many churches have kidded themselves that this can all be done remotely, over Zoom. Well, no. If God says we are to gather physically together, sing together, and have close fellowship together, it’s very likely that if these things are not done for months on end, you are going to find churches emptying and fraying at the seams. Furthermore, many of the things which have been foisted on us by state diktat have amazingly been turned into expressions of how we are to love our neighbour. Take masks. Back in March the state told us repeatedly not to wear them. Then in July, when the epidemic was over, they told us to wear them. And many in the church not only went along with this unscientific drivel, but the likes of the Archbishop of Canterbury turned it into an expression of how we are to love one another. Before 2020, the idea that a state mandate could be connected with Christian love would have seemed faintly absurd. But it it seems that Government has now acquired the Power of Love, to add to its many other astonishing powers!

2020 has exposed a feebleness and a hollowness at the heart of many churches, as well as a lack of proper theological framework with which to look at the whole Covid situation and frame a response to it. Instead, many churches have let the likes of Johnson, Hancock, Whitty and Vallance do their thinking for them, implementing whatever hairbrained schemes these people come up with to perpetuate the fear and hysteria which they have stoked up all year long. I suspect that many of those same churches will be wringing their hands next year, as the policies they failed to challenge throughout this year come to home to roost and we see untold misery coming upon millions, with the poorest suffering most.

The result of all this is that the church is being decimated, and the watching world has not exactly been given a wonderful lesson about how faith in the King of Kings and Lord of Lords can help us become “more than conquerors”. If the church is to recover from this – which I have no doubt it will in time – a lot of very serious questions need to be asked, followed by repentance, followed by a massive work of reformation.

None of what I’ve said above is nice. Then again, it wasn’t meant to be. But it was necessary.