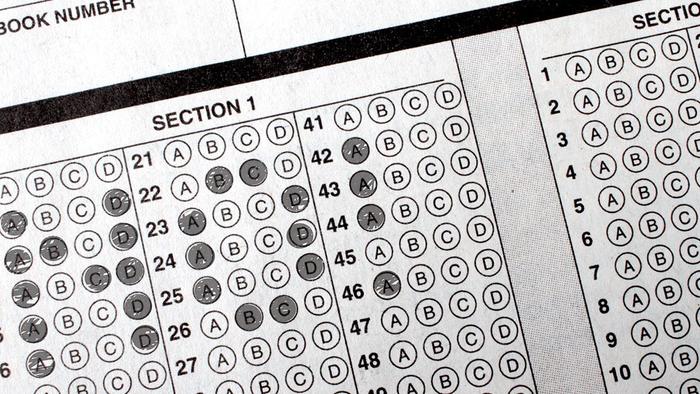 
Authored by Robby Soave via Reason.com,

K-12 students in large public school districts across the country spent much of the fall semester at home, a less-than-ideal result of the COVID-19 pandemic. But Zoom learning was hardly the only significant change to the education system. Some school districts are embracing trendy but dubious ideas about how to fight racism in the classroom.

The San Diego Unified School District, for instance, moved this fall to abolish its traditional grading system. Students will still receive letter grades, but they won’t reflect average scores on papers, quizzes, and tests. Under the new system, pupils will not be penalized for failing to complete assignments or even show up for class, and teachers will give them extra opportunities to demonstrate their “mastery” of subjects. What constitutes mastery is not quite clear, but grades “shall not be influenced by behavior or factors that directly measure students’ knowledge and skills in the content area,” according to guidance from the district.

District officials evidently believe that the practice of grading students based on average scores is racist and that “anti-racism” demands a learning environment free of the pressure to turn in assignments on time. As evidence for the urgency of these changes, the district released data showing that minority students received more Ds and Fs than white students: Just 7 percent of whites received failing grades, compared to 23 percent of Native Americans, 23 percent of Hispanics, and 20 percent of black students.

“This is part of our honest reckoning as a school district,” Vice President Richard Barrera told a local NBC affiliate.

“If we’re actually going to be an anti-racist school district, we have to confront practices like this that have gone on for years and years.”

These changes to San Diego schools’ grading system are an excellent example of a bureaucracy citing a noble-sounding goal (who could be against anti-racism?) to justify a policy that doesn’t address the issue whatsoever. After all, eliminating these kinds of grades won’t eliminate the underlying inequities that produced the disparate failure rates. It may actually cover those inequities up: Given that grades are a tool for evaluating students’ progress, the district is essentially announcing that it will no longer gather as much evidence as it could about negative social phenomena it would presumably like to fix. Better grades do not mean students will suddenly have a better grasp of the material. They certainly won’t be better prepared for college, where traditional grades are very much still a thing.

Indeed, this is a lot like “addressing” poverty by no longer tallying the number of homeless people – or, to use a timely example, like President Donald Trump’s frustration that increasing COVID-19 testing makes the epidemic look worse. Coronavirus cases exist even if they go undetected; similarly, minority students who are falling behind their classmates will be falling behind even if their teachers aren’t giving them Fs.

Getting rid of grades is an old idea: As far back as 1964, the Public Education Association urged high schools to stop using grades due to fears that students were deliberately choosing easier classes. “By eliminating percentage grading, students would no longer be tempted to obtain a more favorable final grade by enrolling in classes that are below their level of ability,” said the association in a report obtained by The New York Times. But in the past, the concern was that grades tell us too little. Today, the concern seems to be that grades tell us too much.

A related push is occurring in the world of standardized testing.

In 2020, California eliminated the SAT – a measure on which students of color have historically underperformed whites – as a mandatory requirement for applicants to state universities. Janet Napolitano, president of the University of California, is giving officials four years to propose a better and more equitable test; if one does not materialize, testing will cease to be an admissions factor entirely.

But this elides a serious problem for minority students: Other admissions criteria – such as legacy considerations and extracurricular activities – favor privileged applicants even more dramatically than grades and tests do. The wealthiest (and usually whitest) students have better access to résumé-padding activities. Yes, they can also hire tutors and take test prep courses, but there’s only so much extra value to be extracted from such things. Grades and standardized tests have problems, but without them, the deck would be stacked against the underprivileged to an even greater degree.

Not all the demands from anti-racist education activists are unwise or unworkable. Diversify Our Narrative, a Black Lives Matter–affiliated organization for California college students, is pressing K-12 schools to make the study of history less Eurocentric and to add more minority-authored literature to the curriculum. Expanding students’ choices is seldom a bad thing, and there’s certainly room for schools to update their offerings with more Asian history, African art, South American literature, etc. These additions shouldn’t be forced on teachers who don’t know the subjects, but they should be allowed.

Unfortunately, the drive for anti-racism in the classroom often takes an unhelpful and performative tack. Poorly considered initiatives on college campuses have backfired dramatically while imperiling students’ free speech and due process rights: Prohibitions on “microaggressions”—slight, unintentional racial offenses—have created incentives for students to call police hotlines and snitch on each other over petty grievances. Many professors are afraid that saying the wrong thing, even inadvertently, will produce a lengthy investigation that could cost them their jobs—and indeed, there are plenty of examples of such investigations taking place. Several have become virtually household names: Laura Kipnis, Nicholas Christakis, Bret Weinstein.

These ideas are gradually spreading from secondary to primary education. In August, Fairfax Public Schools in Virginia invited Ibram X. Kendi, an activist and author of the books How to Be an Antiracist and Antiracist Baby, to have a virtual conversation with principals, administrators, and teachers. Kendi, who was paid $20,000 to speak for one hour, believes that the Constitution should be amended to create a federal Department of Anti-Racism with the power to censor public officials who make racist statements. The district also bought $24,000 worth of his books, which argue that any arrangement producing unequal results along racial lines is racist by definition.

The fact of the matter is that the most racially disparate problem in K-12 right now has nothing to do with microaggressions, or grades and testing, or even curricula. It’s that students in cities across the U.S. who rely on public education are stuck at home, while children in the same age cohorts who attend private schools have largely returned to class. New York City, D.C., Baltimore, Chicago, and countless other big districts have opted to keep schools closed, even though many working-class families depend on them to provide in-person instruction, guidance, and day care.

It’s the same story in San Diego. Officials may want to provide an anti-racist education, but at present they aren’t providing much of an education at all.

The misplaced priorities of big city school districts have not been lost on everyone. San Francisco Mayor London Breed, a Democrat, recently assailed her school district for moving forward with a costly plan to rename 44 supposedly problematically named schools (Washington, Lincoln, Jefferson, etc.). “In the midst of this once-in-a-century challenge, to hear that the District is focusing energy and resources on renaming schools—schools that they haven’t even opened—is offensive,” she said. “It’s offensive to parents who are juggling their children’s daily at-home learning schedules with doing their own jobs and maintaining their sanity.”

No doubt many parents agree with her. What kids need most of all right now is a return to normalcy, not activist-driven social experimentation.