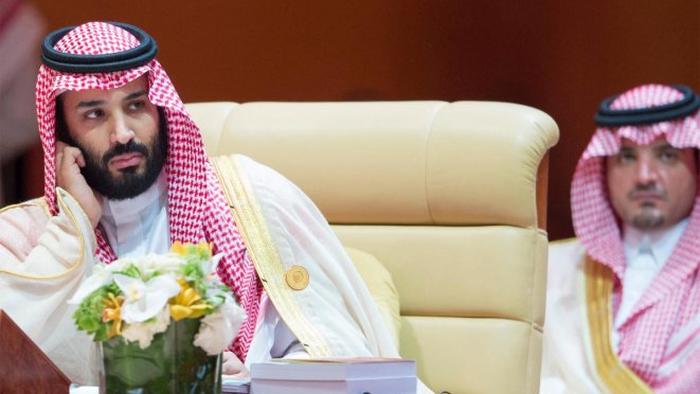 
Authored by Jessica Corbett via CommonDreams.org,

Hatice Cengiz, the fiancée of Washington Post columnist and Saudi national Jamal Khashoggi, is urging US President-elect Joe Biden to fulfill his campaign promise for accountability by releasing the CIA’s classified intelligence assessment on the journalist’s 2018 assassination inside Saudi Arabia’s consulate in Istanbul.

“I am calling on the president-elect to release the CIA’s assessment and evidence. It will greatly assist in uncovering the truth about who is responsible for Jamal’s murder,” Cengiz told The Guardian in a report published Friday. She had waited outside while Khashoggi went into the consulate for paperwork for their planned marriage.

Earlier this year, Cengiz attended President Donald Trump’s State of the Union address as the official guest of Rep. Gerry Connolly (D-Va.), a senior member of the House Foreign Affairs Committee who hoped the move would pressure the president to hold Saudi Arabia accountable for Khashoggi’s brutal murder and dismemberment.

Trump has maintained a cozy relationship with the Saudi regime, even after the CIA concluded with “medium to high confidence” that Khashoggi’s assassination was likely ordered by Saudi Crown Prince Mohammed bin Salman, who has denied any involvement. US relations with the country are expected to shift under Biden.

Agnès Callamard, the United Nations special rapporteur on extrajudicial killings who last year put out her own damning report about Khashoggi’s killing, told The Guardian that she believes the CIA’s assessment could be released without revealing the agency’s sources or methods and that she supports its publication.

“I, for one, am sick and tired of intelligence always taking precedence over justice,” Callamard said. “So much information is held by the US about the murder of journalists, including the identity of the masterminds, corrupt officials, and people who abuse their power. Surely the search for justice, the fight against impunity demand that this information be made made public.”

On the anniversary of Khashoggi’s death this year – about a month before the November election – Biden’s campaign released a lengthy statement that said in part: “Jamal Khashoggi and his loved ones deserve accountability. Under a Biden-Harris administration, we will reassess our relationship with the Kingdom, end US support for Saudi Arabia’s war in Yemen, and make sure America does not check its values at the door to sell arms or buy oil.”

.@RonWyden: “Donald Trump buried the truth to protect authoritarians and murderers in Saudi Arabia. The Biden team has a real opportunity to break from the lawlessness and coverups of the Trump administration.” #jamalkhashoggi https://t.co/jwC3xpmBqz

“America’s commitment to democratic values and human rights will be a priority, even with our closest security partners,” Biden vowed. “I will defend the right of activists, political dissidents, and journalists around the world to speak their minds freely without fear of persecution and violence. Jamal’s death will not be in vain, and we owe it to his memory to fight for a more just and free world.”

In a piece for the Post‘s “Global Opinions” section, columnist Josh Rogin on Thursday cited that campaign statement and detailed two separate lawsuits that are expected to soon challenge Biden’s commitment to helping shed light on the journalist’s killing.

“Biden will be forced to quickly choose between keeping his promises and standing up for American values, or perpetuating the coverup by enabling further impunity for MBS and his accomplices,” Rogin wrote. “The former and correct choice would also send a signal to all other despotic would-be journalist-killers that the free ride Trump gave them is over.”

A documentary on Khashoggi’s life and death, entitled The Dissident, is set to hit theaters on December 25 and be available for streaming on January 8.

Directed by Bryan Fogel, known for his 2017 Oscar-winning debut Icarus, the film “does not just include the harrowing tale of Khashoggi’s horrific mystery, but an in-depth look at how Crown Prince Mohammed bin Salman, who is directly accused in the film of being involved with the murder, has fostered a society that relies on silencing its critics, and manipulating people of power,” according to reviewer Nick Allen.

“The movie is also dedicated to humanizing Khashoggi, sharing with us his big smile, and the story of his relationship with his fiancée, Hatice Cengiz,” Allen noted. “Among its intense moments, The Dissident shows its big heart, which turns into its will to fight, as Hatice is shown making a speech about Khashoggi’s death at the U.N.”