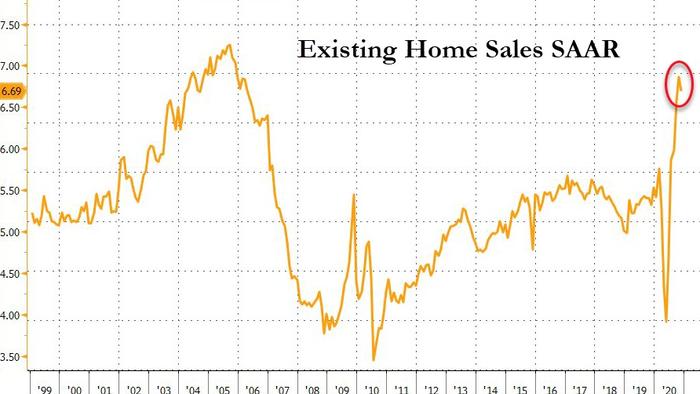 
After a big surprise jump in October, existing home sales were expected to drop MoM in November (as homebuilder sentiment rolled over from record highs) after 5 straight months higher and sales did slump – more than expected.

Existing Home Sales fell 2.5% MoM (worse than the 2.2% drop expected) and the first MoM drop since May and the YoY surge in sales is starting to slow…

“Housing affordability, which had greatly benefitted from falling mortgage rates, are now being challenged due to record-high home prices,” Lawrence Yun, NAR’s chief economist, said in a statement.

“That could place strain on some potential consumers, particularly first-time buyers.”

Perhaps the slowdown is due to the fact that the median selling price jumped 14.6% from a year earlier on an unadjusted basis to $310,800, the fourth straight month of double-digit increases.