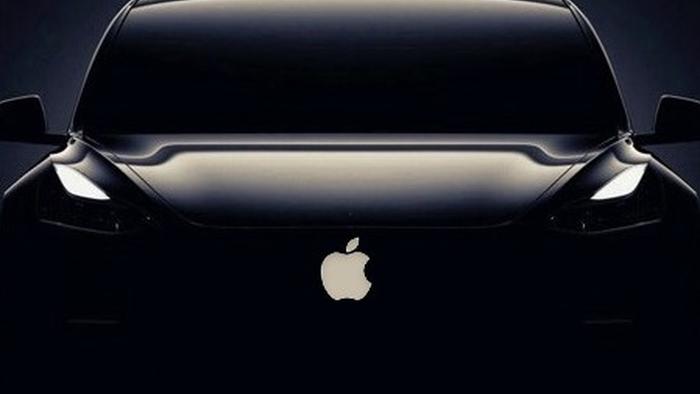 
Late in the trading day on Monday it broke that Apple was “moving forward” with plans for a self-driving vehicle under its “Project Titan” project, which had been rumored to have slowed down – if not totally shelved – over the last year or two. In addition to designing self-driving vehicles, Reuters reported that Apple’s cars could “include its own breakthrough battery technology”.

Apple shares are trading higher by over $3 today, propelled by the news, and TSLA shares are plunging almost 5%…

Now, analysts have started to weigh in with their opinions of what the news could mean. According to Bloomberg on Tuesday morning, analysts believe Apple “has what it takes to be a major force” in EVs. Here’s some other comments from analysts in the industry.

Adam Jonas at Morgan Stanley kept his overweight ratings on both Apple and Tesla and said that Apple could provide “far more formidable competition than the established/legacy carmakers”. He also said “Apple has ingredients to be successful in future auto industry: access to capital and talent, proven hardware design and a rich ecosystem to leverage service revenue” and that the “value of services opportunity in internet-of-cars could dwarf auto business itself”.

Evercore ISI’s Amit Daryanani rates Apple outperform but questioned why Apple would enter the “low-margin, capital-intensive field of auto production”. Daryanani did not that Apple’s “software/electronics background would make it ideal partner for an automaker” and that “if Apple has achieved a breakthrough it may be driver to finally hit production, since battery costs are among principal obstacles to mass electric vehicle adoption”.

Citi’s Itay Michaeli and Jim Suva said they were still “very skeptical” that Apple will actually produce a car. Instead, they guessed that “more likely is further push of operating system into consumer and enterprise markets”. They view Tesla as Apple’s key competition, should they decide to move forward.

Finally, RBC’s Robert Muller said that the news was an overall “positive development”, that it increases Apple’s TAM and is “indicative of the innovation upside” shareholders get from Apple. He also said it is “difficult for outside players to enter [the] market, but Tesla and to lesser extend [sic] Nikola are successful examples”. He said that “partnering with traditional carmakers makes greater economic sense, although owning entire value chain would increase market opportunity set” and rated Apple outperform.

Apple’s development project, called “Project Titan” was rumored to have been shelved after first starting in 2014. However, former Tesla executive Doug Field returned back to Apple in 2018 to work on the project before laying off 190 people from the team in 2019. But since then, “Apple has progressed enough that it now aims to build a vehicle for consumers”, Reuters noted on Friday.

Apple also apparently is working on a new battery design that could “radically” reduce battery cost and increase a vehicle’s range – one of the biggest problems currently facing the EV industry. The battery is said to be a “monocell” design that “bulks up the individual cells in the battery and frees up space inside the battery pack by eliminating pouches and modules that hold battery materials”, the report noted. A source close to the company said: “It’s next level. Like the first time you saw the iPhone.”

“If there is one company on the planet that has the resources to do that, it’s probably Apple. But at the same time, it’s not a cellphone,” one person familiar with the company said.