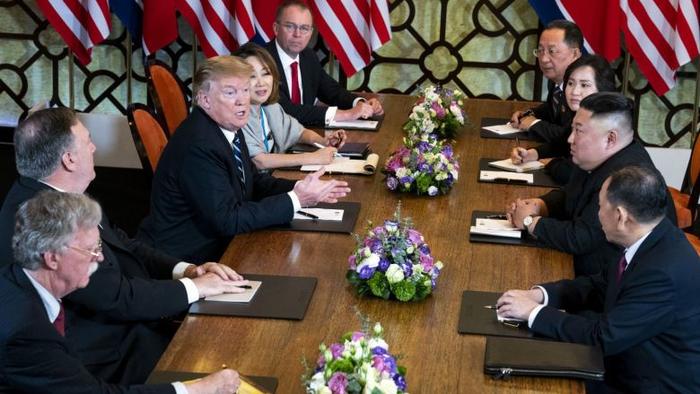 Trump called Bolton “one of the dumbest people in Washington” while taking him to task on his hawkish North Korea policy, a crucial area he was famously sidelined on during Trump’s big June 2019 Koreas-United States DMZ Summit. Recall that Bolton was literally sent to Mongolia while Trump was shaking hands on the historic occasion with Kim Jong-un at the Korean Demilitarized Zone.

What would Bolton, one of the dumbest people in Washington, know? Wasn’t he the person who so stupidly said, on television, “Libyan solution”, when describing what the U.S. was going to do for North Korea? I’ve got plenty of other Bolton “stupid stories”.

Trump asserted his ex-adviser wanted a “Libyan solution” for dealing with North Korea, and added he’s got plenty of other Bolton “stupid stories”.

Not only was Bolton a huge supporter of the disastrous Iraq War, but he’s a notorious Iran hawk, and in the end there’s never been a US military intervention overseas he wasn’t on board for.

Specifically Trump appeared to be reacting to this Saturday CNN interview with Bolton:

John Bolton did a CNN interview earlier today where he called the Oval Office discussion of martial law “appalling” and said Trump is “unfit for the job.” pic.twitter.com/ed4WpZQsPo

According to Trump’s tweet, Bolton continued to simply be Bolton – that is, pushing for use of American power and force everywhere as a “solution”.

But the reality remains is that Bolton’s ultra-hawkishness was long known to the point of being a meme, and Trump brought him on board in the first place, serving in the nation’s most powerful foreign policy post for a full 18 months.