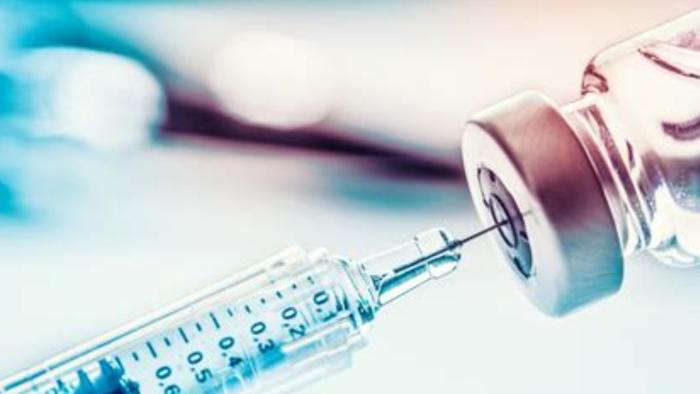 Like we noted last night, Boris Johnson has placed London (and parts of southeast England) on an even more restrictive lockdown as scientists have warned about a new mutated strain of SARS-CoV-2 – what the press and Health Secretary Matt Hancock have taken to calling “a new variant” – that’s purportedly 70% more infectious than the original COVID-19

We’re not epidemiologists, but that certainly sounds to us like a notable differentiation in the profile of the virus. Maybe even significantnt enough to prompt scientists to worry whether the conspicuously high efficacy numbers given for the Pfizer and Moderna vaccines might not apply to other strains of the virus.

After a nurse fainted on live TV upon being vaccinated with her first dose of the Pfizer vaccine, health authorities have received reports of at least six patients who went into anaphylactic shock after receiving the vaccine. That kind of an allergic reaction, which could be deadly, has been attributed to an ingrediant in the shot. According to the CDC, as of Dec. 18, 3,150 people reported what the agency terms “Health Impact Events” after getting vaccinated, most of which were less severe than the allergic reactions.

Meanwhile, one week after the first doses of the Pfizer vaccine were loaded on to trucks in Michigan, the newly-approved Moderna vaccine will begin distribution across the US starting Sunday, after a CDC panel recommended its use for people 18 and older. Unfortunately for all the last-minute shoppers in the Golden State, Apple is temporarily closing all of its retail stores in California as the COVID-19 pandemic continues to surge across the state. On Saturday, New York state’s case numbers etreated from the record set Friday. On Saturday, Moderna voted to recommend the vaccine to anyone age 18 and older.

On Sunday, as concerns about allergies erupted in the national press, the CDC acknowledged that it had been made aware of the allergic reactions to the vaccine, and would investigate, along with issuing new guidelines, about these and other “health-impact events”. Events like these also occurred during the trials, though the link to the vaccines in each case was kept under wraps.

Circling back to the situation in the UK, the FT on Sunday published a lengthy feature where scientists commented on the data where the new viral “variant” is causing havoc. In the second paragraph, the reporter acknowledged the alarming speed of the mutations seen in the virus’s genetic code.

The variant’s most remarkable feature is the number of mutations that have shaped it. Sir Patrick Vallance, the government’s chief scientific adviser, said 23 letters of the viral genetic code have changed, many of which are associated with the spike protein that the virus uses to get into human cells. Coronaviruses do not usually mutate so quickly, typically accumulating about two genetic changes per month.

“This new variant is very concerning, and is unlike anything we have seen so far in the pandemic,” said Jeffrey Barrett, director of the Covid Genomics Initiative at the Wellcome Sanger Institute.

After appearing in Kent in late September, the mutation was responsible for 28% of infections in London by early November and in the week ending Dec. 9 accounted for 62%.

Yesterday, the government moved London and the surrounding area to “Tier 4” because of worries about the new strain.

UK PM Boris Johnson has pledged to give 350K people their first doses of the vaccine in two weeks. What’s more, the UK drug regulator is expected to approve the AstraZeneca-Oxford vaccine before the end of the year, despite its flaws and the many questions surrounding the research.

Looking to the international numbers, cases passed 76MM as of Sunday morning, with deaths topping 1.6MM.

In the US, hospitalizations, deaths and new cases were all off their record highs from the past week.

Here’s the latest news on the COVID-19 outbreak from overnight and Sunday morning.

We noted yesterday that India, despite successfully slowing the pace of its COVID-19 outbreak, has become the second country after the US to surpass the 10MM case mark. The world’s second most populous nation achieved the unwanted record on Saturday after notching 25,000 cases daily over the past week, down from a peak of almost 100,000 new infections per day in September. India has recorded more than 145K deaths from the virus, the third-highest tally after the US and Brazil. And in the most crowded urban slums, studies show that up to half the population has already developed COVID antibodies.