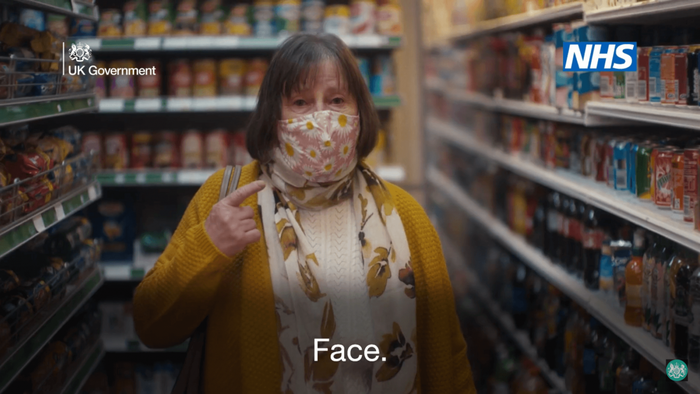 I recently wrote a satirical speech by our Prime Minister, in which I imagined him coming up with all sorts of absurd rules for the Christmas season. It was really hard. Not because I was unable to come up with hundreds of such rules, were I minded to do so, but because the whole point of satire is to raise the absurdities up a step or two, in order to highlight the ridiculousness of what is happening. But how do you do this when the real-life absurdities have already been turned up to 11 on the amplifier? I kid you not when I tell you that my original list included a rule against playing certain board games over Christmas — which I rejected — only to see a few days later SAGE coming out and advising against the playing of board games.

We have now had nearly nine months of being treated like utter imbeciles. A once great country with a once free people has been reduced to the level of being governed by pathetic, childish slogans. And for some reason we have allowed ourselves to be infantilised.

I am utterly baffled as to how people can have sat through some of these slogans being introduced without responding with howls of laughter.

What on earth is this actually supposed to mean?

Stay Alert? For what? Are we supposed to be on our guard for a virus that is approximately 120 nanometres, or around 1,000th the width of a human hair? Are we to carry an electron microscope around with us wherever we go, just in case? One of my favourite signs is an electronic one I sometimes see on my occasional drives into the office. On one day, it says, “Stay Alert. Control the Virus.” On another, it says, “Stay Alert. Watch out for Cyclists.” It should be noted that cyclists are considerably bigger than 120nm and even often wearing the kind of hi-vis jackets that coronaviruses refuse to wear.

Control the Virus? Say what? You mean they actually think we’re stupid enough to think they’re clever enough to devise schemes that can actually control those little invisible 120 nm virus particles that are in the air and on surfaces. Apparently so.

Save Lives? I am yet to hear a convincing argument as to how I and my family, not having any symptoms and thus not being infected by the virus, can possibly stop the spread of said virus that we don’t have by staying at home or wearing a piece of cloth over or respiratory passages, such that we save lives.

More recently, it has been decided that the slogans were maybe a bit too high-brow and needed to be simplified further, this time into monosyllables: “Hands. Face. Space.” Although I tend to avoid watching Comrade Johnson and Co as they spout this nonsense at their regular stand-ups, on the occasions when I have had that misfortune, it has felt eerily like suddenly being thrust into the world’s largest Kindergarten with teacher talking down to his little charges as if they were really, really stupid.

I won’t sport with your intelligence by mentioning all the other mind-numbing slogans we’ve been fed this year, suffice it to say that phrases such as “social bubble” and “Covid-secure” would be deeply funny were it not for the seriousness of the situation into which those coming up with such tripe have placed us (as an aside, are such buildings for which it is claimed that they are “Covid-secure” also “Flu-Secure” and “Cold-Secure”?)

But the infantilising of an entire population is by no means the worst thing they have done to us. Worse by far has been the dehumanising of millions of people, which has been done via a number of enormously destructive methods.

Chief of them is the idea that we must all avoid each other. I cannot even begin to think how destructive this has become. In a normal society, if you or I have symptoms of a particularly nasty seasonal respiratory illness, which is what Covid-19 is, we would avoid one another. Obviously. But the idea of perfectly healthy people avoiding other perfectly healthy people must qualify as one of the most absurd concepts ever dreamt up. Not only is it self-evidently unnecessary, it is bound to have long-terms consequences for the way we view one another, the way we relate to one another, the way we behave around one another. It turns us from seeing one another as humans, made in the Image of God, to walking virus carriers and a potential risk. Some people now literally behave as if they are navigating their way through a crowd of potential terrorists, rather than simply walking through a group of fellow humans.

People avoidance is not just deeply destructive from a psychological and social perspective, it is also deeply cruel. The idea that a grandparent cannot have contact with their children or grandchildren is just obscene. And the very thought of the elderly being left to fester away in care homes, rather than being allowed contact with their families is sick. Yet that’s what we’ve done, or allowed to be done.

And of course, I cannot leave off talking about dehumanisation without mentioning masks. These wretched things were introduced in the Summer, long after the epidemic had waned, at a time when they could not possibly have done any good, even if they had been capable of doing any good. Why were they introduced? Partly to keep the fear-narrative going, even though there was extraordinarily little risk of dying of a seasonal respiratory virus at that time of the year. But even more important, they are a sign of submission. They are a, “we can do with you what we like moment.” They are nothing to do with health. They are a psychological mask, and even more than the social distancing, they have served to alter the way we see one another and are seen by others.

Millions of people humiliated by the Marketing Team of Covid-19 and their infantile slogans. Millions of people dehumanised by having their faces, their smiles, their laughter, their thoughtfulness etc covered to make them into expressionless drones. That was the year we just lived through. Will 2021 be the year a critical mass try to escape the Kindergarten and return to being human?