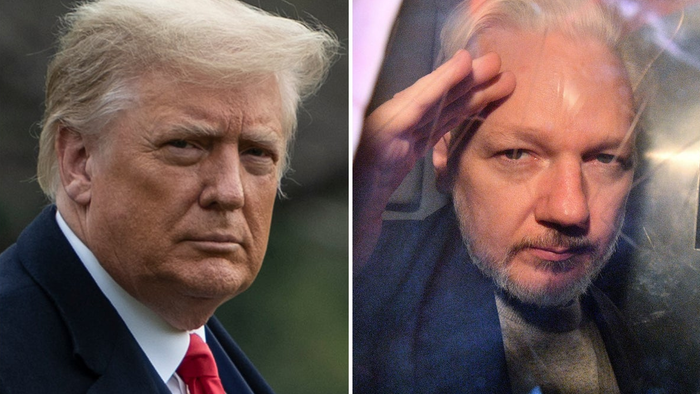 
During a show this week Fox News’ Tucker Carlson urged President Trump to pardon Julian Assange, saying that while the president “probably does want to pardon” the WikiLeaks founder who remains in detention awaiting an extradition trial in London, there are also “sinister people” who want him to stay confined for life.

Tucker interviewed Assange’s fiancée Stella Moris who directly appealed for President Trump to “show mercy” and drop the pending extradition case against Assange before he leaves office in January.

“Whatever you think of Julian Assange and what he did, he is effectively a journalist. He took information and he put it in a place the public could read it,” the primetime Fox host said.

“He may die in prison,” Tucker continued. “The current president Donald Trump has the power to pardon Julian Assange.” He also emphasized the growing calls from multiple corners and across the political spectrum for him to do so. There’s also been widespread rumors and speculation that Trump is deeply considering it.

If extradited to the United States Assange faces breach of state secrets-related charges which could bring a sentence 175 years in prison. The legal consensus is that he’s certainly facing life in prison, likely at a harsh federal maximum security facility such ADX Supermax in Florence, Colorado.

In the appearance, which is no doubt meant to get Trump’s attention via his favorite news channel Fox, Moris said that “Julian doesn’t face a fair trial in the US.”

“He will be tried in Alexandria, Virginia where the jury pool will be composed of the people who live in Virginia who have a preponderance of people who work for security contractors and the Deep State,” she added.

“Essentially once he gets to the US he will be in the hands of the Deep State. That’s why I pleaded with the President to show the mercy the Deep State will not show Julian if he is extradited,” Moris, a 37-year-old South African born lawyer who holds Spanish and Swedish nationality said.

It was only revealed this year that Moris and Assange have two sons together, Max and Gabriel, after beginning a relationship years ago when she served on Assange’s defense team during his time at the Ecuadorian embassy in London.