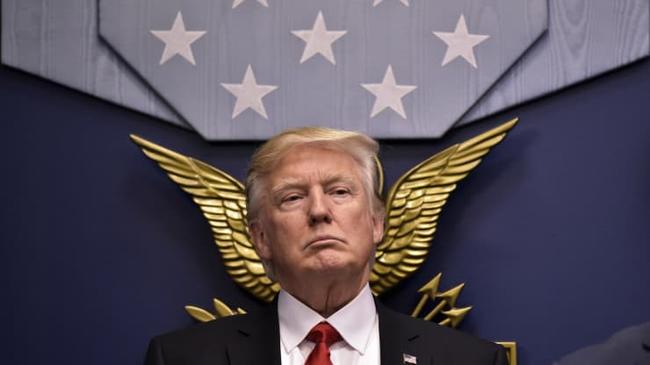 
As Washington limps towards the vinegar strokes on COVID Relief, Omnibus Spending, and the Defense Bill, President Trump just stuck his hand in the hornets’ nest once more, reaffirming his commitment to veto the National Defense Authorization Act, or NDAA, if Section 230 is not repealed.

Two weeks ago, Trump called for the repeal of the federal law, known as Section 230 of the Communications Decency Act, which protects tech giants like Facebook and Twitter from being held legally liable for what is posted on their platforms, referring to the provision as a “liability shielding gift” to “Big Tech” and called for it to be “completely terminated.”

And today, as negotiations peak, the president has doubled-down:

“I will Veto the Defense Bill, which will make China very unhappy. They love it.

Must have Section 230 termination, protect our National Monuments and allow for removal of military from far away, and very unappreciative, lands.

This is an odd statement since both the House and Senate approved the annual legislation with bipartisan support, after President Trump threatened to veto the package, with a substantial majority. If the president were to follow through on his threat, Congress has a veto-proof majority supporting the NDAA.

“Social media companies and mail-in voting will destroy conservatism if we don’t push back,” he continued.

Perhaps President Trump is on to something after all…