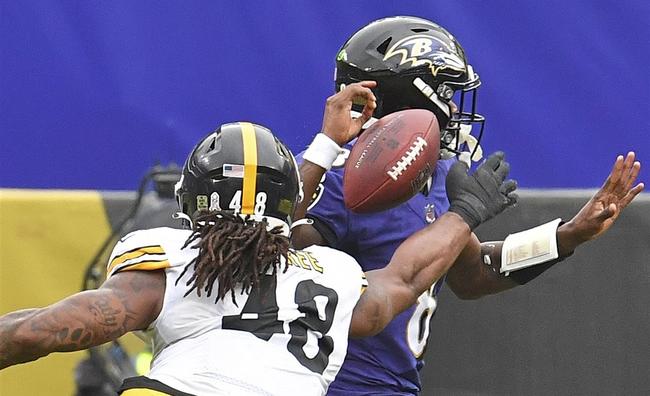 
Absolutely terrible NFL ratings and pandemic-driven schedule changes are forcing television networks to renegotiate deals with advertisers to make up for the much smaller audience, according to a report in the Wall Street Journal, which adds that their opportunity to profit off of the remaining games during the typically lucrative holiday season is narrowing.

NBC made the unusual move of lowering the price it charged advertisers that already had committed to run in a Baltimore Ravens vs. Pittsburgh Steelers game planned for Thanksgiving night after a Covid-19 outbreak on the Ravens forced the game’s postponement to the following Wednesday.

Some networks also have considered letting advertisers pay less for commercials during NFL games and other programming than they originally pledged. –Wall Street Journal

Adding to the revenue shortfall is the fact that networks have given away a massive amount of the remaining commercial time to marketers (known as ‘make-good’ commercials) to make up for the underperformance, leaving little ad time that can be sold in the last quarter of the season.

Historically, NFL games are the crown jewel of ad revenue because they regularly gather the largest live audiences ‘at a time of increasing audience fragmentation.’ This year, however, ratings have taken a large hit due to pandemic-related postponements and COVID-19 sidelining several star players (Dez Bryant was recently told moments before kickoff he couldn’t play due to a positive test, after hanging out with his entire team that went on to play the game).

According to the report, NBC was likely the hardest-hit this Thanksgiving – typically a cash cow for ad revenue thanks to NFL viewers. Alas, viewership for the Ravens-Steelers game, which cost advertisers an average of $1 million for 30 seconds of commercial time, was down 50% over last year to 11 million viewers. What’s more, some Thanksgiving advertisers didn’t pay at all thanks to the ‘make-good’ ad credits they were given for dismal ratings earlier in the season, according to people familiar with the matter.

“We’ve worked with every one of our partners individually to find what works best for them,” an NBC Sports spokesman told the Journal via email. “We will have delivery solutions for all of our NFL advertisers this season.“

Through 13 weeks of the season, NFL ratings were down 7% across its broadcast and cable games, disproportionately dropping among a key Males 18-49 and 25-54 age categories.

Gibbs Hajun, investment lead at WPP PLC ad-buying firm Mindshare, said: “Even as surefire as the NFL has been—and the last couple years, NFL ratings stood up much better than network prime-time ratings—we are now in a situation where the NFL is declining.”

Last month, we continued to note a plunge in the league’s ratings. After documenting historically poor ratings for the NBA Finals on the heels of that league turning political, the NFL followed suit. We also noted a couple months ago that the NFL season got off to a poor start in terms of ratings.

Week 10’s Sunday Night Football Patriots vs. Ravens game – featuring one of the best quarterbacks in the league and arguably the best coach in NFL history – saw its ratings collapse 31% over last year’s Week 10 game, we noted. Week 10’s Sunday night game became, at the time, “the season’s least-watched Sunday game,” according to Breitbart.