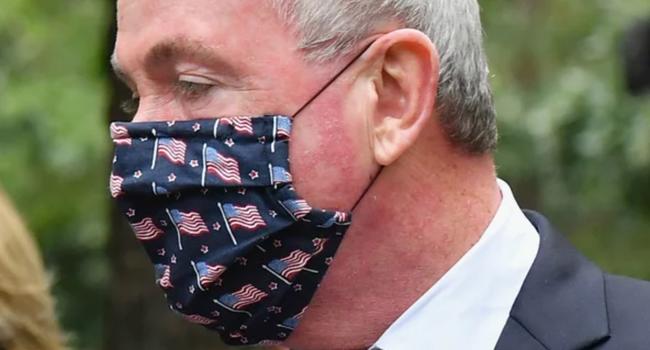 Following Friday’s latest record daily tally in the US, the number of new cases pulled back a bit on Saturday (though the 7-day average remained at a record high), while the number of total hospitalizations continued its ascent to new records. According to the COVID Tracking Project, nationwide hospitalizations climbed to a new record: 108,487, with some projecting that number to more than double before the spring arrives, and with it, more of the temperate weather that can help slow the spread of viruses like SARS-CoV-2 and the flu (readers may remember a few months back, Goldman Sachs analysts ran a detailed analysis of temperatures vs. COVID-19 infection data) .

Deaths were just below 2.5K, remaining above the 2K threshold for the 5th straight day (every day since Dec. 8).

California reported another daily record, as we noted last night. New York has now joined the states with more than 10K new cases for the 4th straight day.

In other news, New Jersey Gov. Phil Murphy offered up his optimistic outlook on the COVID-19 vaccine on Sunday, while still cautioning that the next few weeks are “going to be hell” during an appearance on ABC’s “This Week”.

New Jersey Gov. Phil Murphy says despite “good news” on a COVID-19 vaccine, “the next number of weeks are going to be hell, I fear, so we’re begging with people to please, please, please don’t let your guard down even when you’re in private settings.” https://t.co/8pO0laHwTB pic.twitter.com/mLMnT29Vg0

Murphy also noted that Moderna is up for its EUA this week, and that “God willing, they get it,” as if the outcome wasn’t already virtually preordained. Or that seems to be the perception, anyway.

With the first trucks loaded with vaccines trundling on to their destinations Sunday, Moncef Slaoui (the head of “Operation Warp Speed” is at it again with the increasingly sunny projections, claiming as many as 8 in 10 Americans could be vaccinated by June during an appearance on “Fox News Sunday” (public opinion polls suggest only 50% of the population plans to get a vaccine immediately once they become available). In Europe, the first COVID vaccines will probably be approved in the coming weeks, official said.

Here’s some more COVID news from overnight and Sunday morning:

Finally, the biggest news out of Europe so far on Sunday is Chancellor Angela Merkel’s decision to plunge the country back into a full-fledged lockdown, despite growing opposition to another economy wrecking shutdown. Even schools will close, something that European nations have largely tried to avoid.

For now, at least, the lockdown will be short-lived, Under new measures which will last from Dec. 16 until Jan. 10, schools and non-essential shops across the country will be closed, including during the Christmas holiday. Hairdressers, beauty salons and tattoo parlours will also close while drinking alcohol in public will be banned until Jan. 10.