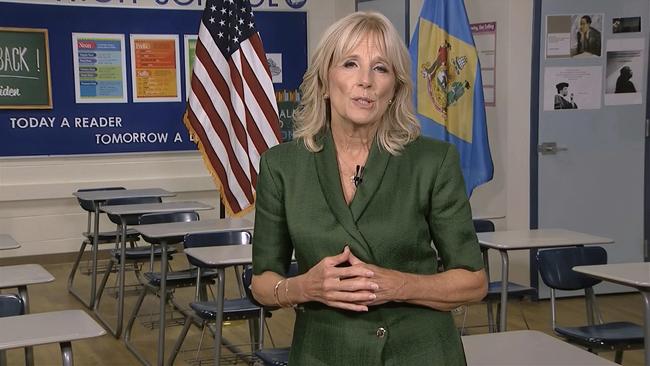 
Northwestern University has admonished a former lecturer who wrote a Wall Street Journal Op-Ed mocking Jill Biden for routinely using ‘Dr.’ in her title despite only having a Ph.D. in education.

In an essay titled “Is There a Doctor in the White House? Not if You Need an M.D.,” author Joseph Epstein argued that Jill Biden’s use of “Dr.” before her name “sounds and feels fraudulent, not to say a touch comic,” adding that a Ph.D. “may once have held prestige, but that has been diminished by the erosion of seriousness and the relaxation of standards in university education generally.”

Following the Op-Ed, former NPR/NBC journalist David Gura noted that Northwestern had scrubbed Epstein’s profile from its website, which previously listed him as an “emeritus lecturer.” In a statement to Gura, Northwestern and its English Department said that the university disagrees with Epstein’s “misogynistic views” – despite the fact that gender had nothing to do with his op-ed.

“Joseph Epstein was never a tenured professor at Northwestern and has not been a lecturer here since 2002,” the statement continues.

A statement from Northwestern University, on Joseph Epstein: pic.twitter.com/rhCmK2HvSy

As Fox News notes, “Jill Biden’s title was the subject of attention earlier this year when Whoopi Goldberg, a co-host of “The View,” mistakenly believed Jill Biden was a medical doctor instead of an educator, with Goldberg even expressing hope that Jill Biden would become surgeon general in a Biden administration.”

Since Jill Biden is trending, this moment on The View where Whoopi pitches that Jill Biden should be Surgeon General and that she’s an “Amazing Doctor” has never left my mind. 💀 pic.twitter.com/NQMMWW1Mox

Her claims were quickly challenged by co-hosts Meghan McCain and Sunny Hostin – after which Goldberg corrected herself following a commercial break.