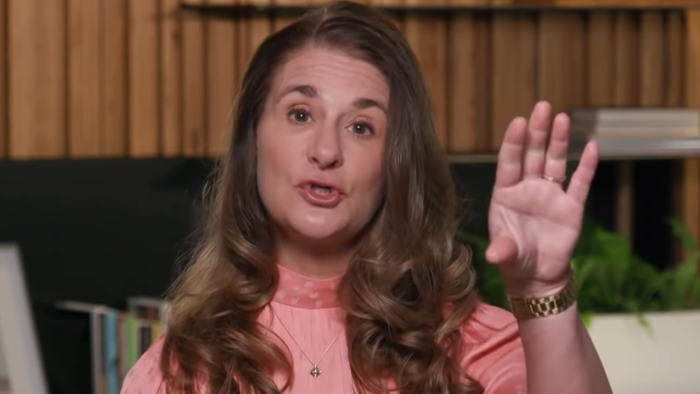 
Melinda Gates is ‘incredibly disappointed’ that Americans will be receiving COVID-19 vaccines, developed by American companies, before the rest of the world.

Putting aside overwhelming concerns over safety for a minute – including calls to halt trials until serious questions (including ‘indefinite infertility‘) are addressed – Gates told CNN‘s Poppy Harlow in a Thursday interview that she’s worried about ‘vaccine nationalism.’

“The president just signed an executive order to try to put Americans at the front of the line when it comes to vaccines,” said Harlow. “I wonder if that’s what you were worried about when you kept saying and warning against vaccine nationalism?”

“That’s exactly what we were worried about,” replied Gates, adding “I knew it was coming and I was just incredibly disappointed.“

“I’m much more optimistic about the president-elect and the COVID task force, this eminent task force that he has put together,” she continued. “I think we’re going to see a lot more sensible policy making in the United States, but that starts, you know, January 20 and we have still some dark months to live ahead until then.”

Melinda Gates said @realDonaldTrump‘s executive order putting Americans at the front of the line for the COVID-19 vaccine made her feel “incredibly disappointed.” pic.twitter.com/tWYAhEGxIZ

More via the Daily Wire:

Melinda Gates later spoke about “disinformation,” which she said “can equal death.” Harlow asked her if social media companies have a “responsibility” to remove misinformation “off their platforms.”

“They absolutely have a responsibility,” Melinda Gates replied. Anybody who is spreading information in society has a responsibility to spread that information safely and equitably. “So, you know, I think a bit the internet and the rise of social media has happened so quickly that really the regulations and the good policy making hasn’t stayed out in front of it and, quite frankly, it needs to catch up.”

Melinda Gates also attacked Trump, claiming there “could have been less deaths” if he did things differently, including contact tracing, which some have criticized as being potentially unconstitutional

So here’s a question; Assuming Biden becomes President on January 20, and assuming he offshores millions of doses of vaccine which would otherwise go to US citizens, and assuming it’s ‘safe’ (for various values of safe), how many dead Americans will Biden (and Melinda Gates) be directly responsible for?