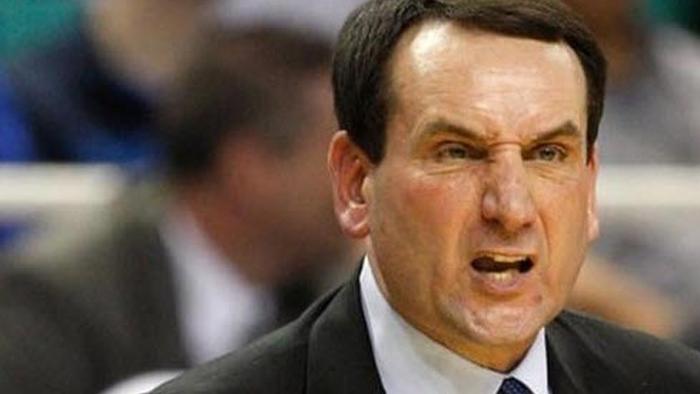 
At a time when the country is literally days away from getting a vaccine and most sports – including the NBA, NHL, NFL and MLB have forged ahead with their seasons and/or have plans to forge ahead close to normal in 2021 – Duke university Coach Mike Krzyzewski appears to be throwing in the towel on his season.

And if one were a UNC fan, it could almost look like the Duke coach was blaming Covid for what appears to be a lackluster start for his Duke team.

But we digress and we’ll give Krzyzewski the benefit of the doubt. He said publicly this week it is time for the sport to “step back and asses the wisdom of playing games” after Duke dropped a game to Illinois, according to Bloomberg.

CBS noted it was Duke’s “worst start to a regular season since 1999-2000, when that Mike Krzyzewski-coached club shook the funk to finish 29-5 overall.” They also commented: “This team has a long ways to replicating that trajectory. Duke struggled mightily to knock down shots from the perimeter against the Illini, and again it struggled to create offense in the halfcourt.”

Krzyzewski, who is the winningest college basketball coach in history, said Tuesday: “I don’t think it feels right to anybody. I mean, everyone is concerned.” He says the decision to start the season before a vaccine wasn’t “well planned” and suggested the season be paused.

“You know, in our country today, you have 2,000 deaths a day. You know, you have 200,000 cases, a million and a half last week. To me, it’s already pretty bad,” he commented, apparently oblivious to the fact that healthy 20-something athletes have about the same, or less, chance of dying from Covid as they do from the flu.

Again, we’re sure Krzyzewski is suggesting this out of concern for the American public and not because he is unhappy with Duke’s start to the season. But come on Coach K, just admit that headlines like this aren’t helping…