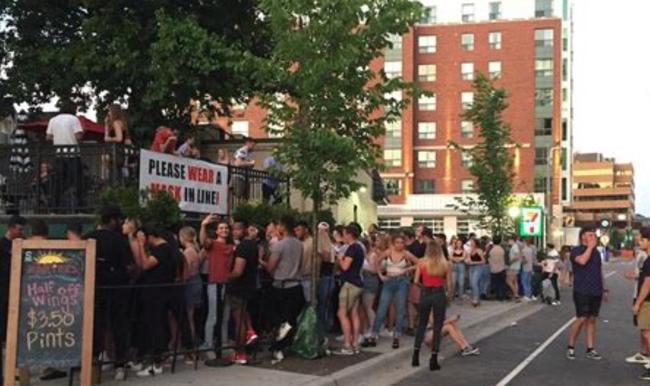 Still, the pandemic looks much different now than it did 8 months back. The days of sirens echoing across the eerily empty streets of Manhattan are over.

However, the number of patients hospitalized statewide is about 25% of what it was in April when coronavirus overwhelmed the health-care system in the nN. Patients are spending less time in the hospital, and less often require intensive procedures like intubation. Thanks to more sophisticated treatment, the virus is killing less often.

Finally, an FDA panel is reviewing Pfizer’s COVID vaccine, just a day or two after more than 3K US deaths in a single day added to urgency that the country deploy its first vaccine. Virginia announced a limited nightly stay-at-home order after reporting a record daily cases this week. Ohio Governor Mike DeWine said December is an “extremely critical” month as the state extended its curfew through Jan. 2.

A US pilots union asked for priority access to the vaccine.

In Europe, France, the country with the most confirmed cases on the Continent, backed off plans to reopen theaters, museums, cinemas and sports facilities next week as its outbreak remains one of the worst anyway,

The US reported more than 3K COVID-19 deaths during the 24 hours to Wednesday, topping the 3K figure for the first time, as hospitalizations in the US hit a new record.

Once again, new cases topped 200K/day, pushing the 7-day average to 204K, while, hospitalizations across the US climbed to 106.7K, a new high.

With the FDA expected to approve Pfizer’s COVID vaccine for emergency use, the UK reported a major stumbling block on Wednesday when it revealed that people with “severe” allergies shouldn’t take the COVID vaccine – at least, not right away. It’s just the latest indication that the rushed approval process has left many questions unanswered.

What’s more, Pfizer also revealed that a cyberattack had led to the potential leak of some documents handed over to a European regulator relating to its vaccine review.

California’s average rate of positive tests over the last 14 days reached 8.8% as of yesterday, the highest level since the spring, as officials reported a new record daily number: 30K+ new cases.

After German Chancellor Angela Merkel warned that new COVID restriction would be needed before Christmas, authorities in Germany are discussing tighter nationwide restrictions before Christmas, and some regions are already acting. Berlin is set to join Bavaria and Saxony in imposing new ‘lockdown light’ measures. Berlin, meanwhile, plans to close all non-essential shops and extend school breaks until Jan. 10, said Mayor Michael Mueller on Thursday.

“At the moment, it’s the worst of three worlds” said one official citing too many infections, high costs to support affected businesses, and public fatigue from weeks of pandemic curbs, Health Minister Jens Spahn said. “It will become noticeably worse before it gets better, but we need to have confidence that it will get better.”

Meanwhile global cases have reached 69,069,399, just on the cusp of 70MM, according to Johns Hopkins University in Baltimore, while the worldwide death toll has hit 1.57MM.

Here’s some more COVID news from Thursday morning and overnight:

President Trump’s attorney Rudy Giuliani says he left hospital feeling “better than ever” after being admitted to Georgetown University Medical Center with “serious symptoms” for Covid-19 a few days ago (Source: Bloomberg).

Malaysia logged the highest single-day jump in new cases, days after the country extended curbs on movement in some states to help stem the spread of infections but relaxed restrictions in other places (Source: Bloomberg).

The head of the European Union’s drug regulator says a recent cyberattack has not disrupted the agency’s review of COVID-19 vaccine candidates (Source: Nikkei).

Denmark will expand its partial lockdown to cover two-thirds of the country, according to broadcaster TV2. The Social Democrat government will discuss measures with other parties in parliament later on Thursday (Source: Bloomberg).