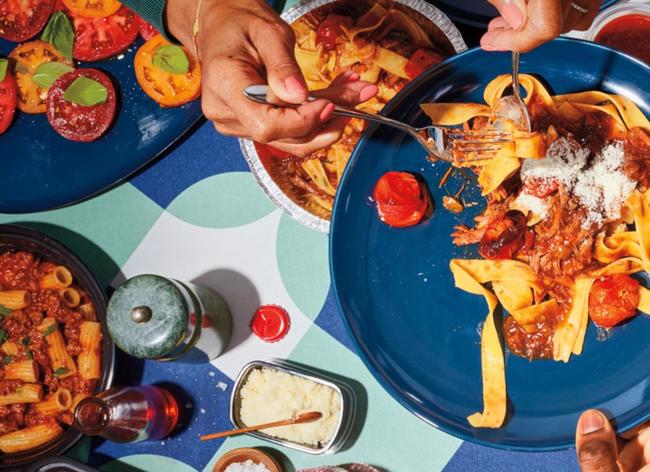 After reaching $102/share last night – conferring a fully diluted valuation of roughly $41BN – and with a flurry of pre-debut reports projecting that it could surge as high as $200 in the opening minutes of trade, DoorDash opened at $182 Wednesday at roughly 1245ET.

At $102/share, DoorDash’s fully diluted valuation would be roughly $41BN, more than double its most recent private valuation, while raising more than $3.4BN for the company on the day.

Just as DoorDash’s first trades hit the tape, the rest of the market seemed to turn lower, with all the big momo names leading the way.

Tesla slumped in a sign that all the Robinhood  muppets might be moving on to the next hot stock….

…as did Peloton, and others.

Despite the fresh memories of Uber and Lyft’s immediate post-IPO struggles, and DoorDash’s own admission that it might never become profitable, the company’s debut, which immediately preceeds Airbnb’s IPO by a day, is one of the highlights of the busiest weeks for deals of the year.

Though DoorDash isn’t the first food-delivery company to debut on US markets (Uber’s Uber Eats is the standard), the company has roughyl 50% market share in the US. Still, questions about the viability of the business model remain, as WSJ reported in a deep-dive series on the prospects of third-party delivery that the economics of the industry present a difficult conundrum for delivery drivers, restaurants and even customers.

As one NYT reporter reminds us, SoftBank was once criticized for overpaying for DoorDash (Though DoorDash is hardly the only company for which SoftBank overpaid).

this is almost double their opening price

COVID really did change everything https://t.co/kisId4DC6s

Another Twitter analysts reminded us that DoorDash is hardly the only food delivery competitor. In fact, it’s a pretty crowded space, where valuations seem wholly disconnected from reality.

Just a reminder on competition and crowded spaces:

By the time DoorDash was founded, GrubHub, Caviar, Postmates, and OrderAhead all existed and were venture funded.

According to DD’s S-1, DoorDash reported its first quarterly profit ever earlier this year. And like Uber and Lyft before it, some analysts have warned that DD, once it achieves enough market share, will squeeze both restaurants and its drivers as it grows increasingly desperate to produce profits.

With DoorDash posting its first profitable quarter for a food delivery company leading up to its IPO, I’ll repeat something I’ve said before:

Order directly from restaurants whenever possible

2/ DoorDash currently has 50% of the food delivery market, and 58% in the suburbs

In May, I wrote that whichever delivery giant gained the majority of the market would have two choices to make the sector profitable…

Second choice: Take advantage of their position by focusing on their $$$, not restaurants’/delivery drivers’

4/ Considering DoorDash is still charging restaurants commissions as high as 30% per order, I’d warrant they went with the second option

That 30% makes it hard, if not outright impossible (depending on the order), for restaurants to net any profit

5/ My take: While I don’t think there’s a problem with paying for a middle man to courier coffee, restaurants need a better deal

P.S. If you order directly from a restaurant, don’t click on their Yelp phone # (oftentimes, that’ll give a cut to Yelp)

As DoorDash’s executives and investors enrich themselves by cashing out at such exaggerated valuations, will DoorDash delivery workers join their comrades from Uber and Lyft in trying to fight back against big tech?