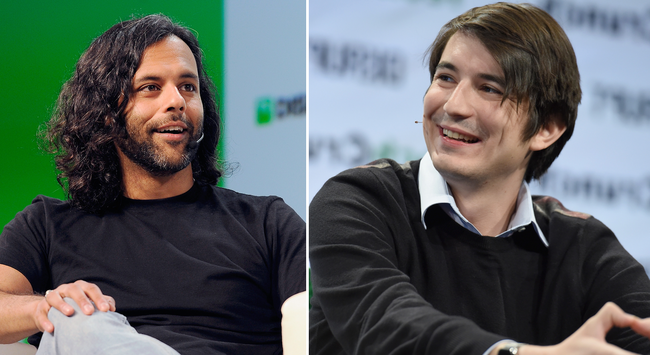 
Authored by Matt Taibbi via taibbi.substack.com

As the world went into lockdown and the global economy into a spiral last spring, one company struck gold. A phone-based trading app called Robinhood began wiping the floor with more celebrated online brokerage rivals like Charles Schwab, TD Ameritrade, and E-Trade. The moment the pandemic began, it seemed, the world started trading stocks on Robinhood.

The numbers were staggering. Robinhood’s average daily trading volume tripled in the first quarter of this year, compared with the last quarter of 2019, and saw a tenfold increase in net deposits as millions were losing their jobs. The New York Times reported that the firm in the first quarter traded nine times as many shares as E-Trade, and an incredible 40 times as many as Schwab. It added 3 million new customer accounts, and by June was doing 4.3 million daily average revenue trades, or DARTS, more than any other online firm and more than Schwab and E-Trade combined.

Backed by a string of venture capital firms, including Kleiner Perkins, NEA, Sequoia, Thrive Capital, Ribbit Capital, and Google’s VC arm, GV, the firm received four major cash injections. Investors poured $200 million into the firm in April, $320 million more in July, another $200 million in August, and finally in November, another $460 million. Through this brief time, the company’s valuation jumped from $8.2 billion to $11.7 billion, by which time word leaked out that the firm had “asked banks to pitch for roles” for a possible IPO next year.

Analysts saw nothing but conquest ahead. “Competing versus Robinhood will be difficult,” said Larry Tabb, head of market structure research for Bloomberg Intelligence.

Robinhood seemed a new prodigal son of 21st-century capitalism, an awesome hybrid of Wall Street and Silicon Valley. The firm combined the pure greed of a Goldman, Sachs or JP Morgan Chase with the cheery, youth-friendly user-engagement strategies of Instagram or TikTok. The firm was founded in 2013 by two perma-smiling Stanford grads named Baiju Bhatt and Vlad Tenev, who wore khakis and Monkees haircuts and never seemed more than a moment away from bro-hugging one another.

These harmless-looking eggheads sounded genuinely excited to bring their product to the world, explaining they had a mission to “democratize finance for all.”

The app is perfectly designed for such “democratization.” It’s free, charging no commissions for trades. It also has an alluring, Joe Camel-like marketing campaign, featuring a host of bells and whistles in the form of free sample share giveaways, “scratch-off” rewards, and video confetti to celebrate transactions. “Even the most skeptical investor can be drawn in,” is how Jason Sweig of the Wall Street Journal just put it, describing how an assignment to learn more about the Robinhood experience led to something like addiction in less than a week.

Read the rest of the article here.