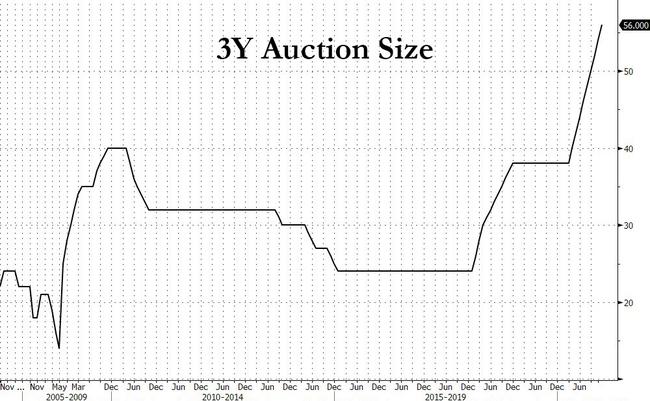 
Another month, another record big 3Y auction: just after 1pm the US Treasury sold another record-sized batch of 3Y notes, which at $56 billion was $2 billion more than the November auction and almost triple the average auction size for much of the 2016-2018 period.

Besides the record size, there was nothing remarkable about the ugly auction: it stopped at a yield of 0.211% which tailed the When Issued by 0.4bps, and was the 5th consecutive tail for the 3Y tenor in the past 6. That said, it was just under 4bps below the November 0.25% which was the highest since April.

Overall, a mediocre, tailing auction but it could always be worse. Then again with 3Y auctions increasing by $2bn every month, we may hit the moment when it is “worse” sooner rather than later.