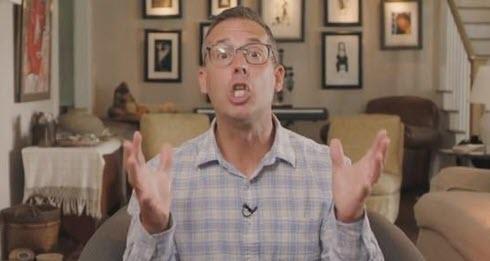 
The FTC filed a lawsuit in Maryland federal court on Monday alleging that subscription stock website Raging Bull – led by Jeff Bishop and Jason Bond, who you likely recognize from the world’s most annoying YouTube advertisements – has defrauded consumers of over $137 million.

To make matters worse, the FTC alleges that the company used Covid-19 to sell stock picks to potential customers using “deceptive marketing”, according to Law360. The FTC accused “Raging Bull and its operators of false or unsubstantiated earnings claims, misrepresentations regarding Raging Bull’s services, and violations of the Restore Online Shoppers’ Confidence Act.”

In its complaint, the FTC railed against the gurus, claiming they didn’t beat the market or make anywhere near the returns they would advertise:

“The majority of consumers do not beat the market or make the kinds of returns advertised. Many consumers have lost substantial sums of money in the stock market following defendant’s strategy or trade recommendations; some consumers have even lost tens of thousands of dollars on just a few trades. When consumers try to cancel their subscriptions, many find they cannot do so easily.”

“In a complete about-face, the disclaimers say instead that consumers ‘should never invest in the securities of any of the companies mentioned based solely on information contained on our website’ and should assume ‘all information provided regarding companies is not trustworthy unless verified by their own independent research.'”

Raging Bull also didn’t verify testimonials it used, nor did it track its customers to see if they actually made money using their service, the regulator alleged.

The suit also contends the company made fake claims regarding its advertising and credentials. One claim, that guru Jason Bond was invited to speak at Harvard Business School, was actually a result of the service paying for Bond to speak “on or near Harvard’s campus for promotional purposes; Bond was never invited by the school or any of its affiliates.”

The regulator also noted that the “gurus” incurred “substantial and persistent losses” from their own trading:

The FTC is seeking an asset freeze and a permanent injunction against the company.

Most of FinTwit, having been subjected to countless marketing materials from the site at one point or another, widely celebrated the FTC’s suit:

LOL sheep funded this jet ride and pic because these 2 🤡 have zero clue how to trade their way out of a wet paper bag. @JeffBishopBlog @JasonBondPicks pic.twitter.com/rc5y2G15aw

Be cautious with anyone working with and/or associating with Raging Bull and Jason Bond, etc.

Fintwit is littered with frauds and phonies (hat tip: be extra careful if they are trying to sell you riches from the market).https://t.co/22aaPFfpv4

How it started: How it’s going: pic.twitter.com/pCAZvXZLbt

We may never have to see a Raging Bull ad on youtube ever again! https://t.co/GQ3WjGPsVL

Here is an example of one such Jason Bond ad referenced in the complaint:

You can read the entire FTC vs. Raging Bull complaint here.