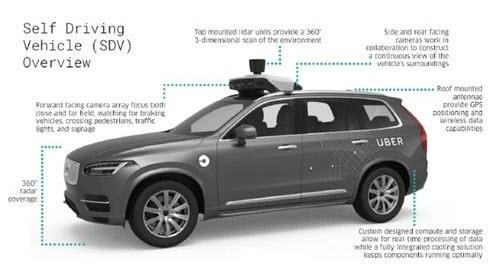 
Just days after it was announced that Uber was in advanced talks to sell off its air taxi division, the company has also reportedly “abandoned” efforts to develop its own self-driving vehicle.

Uber is going to be transferring its 1200 employee self-driving division to driverless vehicle start-up Aurora, which is backed by Amazon and Sequoia, according to the FT on Monday afternoon. In exchange, Uber will receive a minority stake in Aurora.

The move comes at a time when Uber is clearly looking to streamline its operations after the shock of the pandemic. It also comes as self-driving “competitor” Tesla reaches a stunning $600 billion market cap, fueled heavily by nothing but rampant speculation about the company’s future prospects; one of which is self-driving.

FT notes that when Uber started its self-driving division in 2016, then-CEO Travis Kalanick called it “basically existential” for the company. Uber also quickly invested $680 million in driverless startup Otto in 2016.

But Uber’s self-driving project got off to a bad start when, in 2018, a woman was killed in an accident involving one of its test cars in Arizona. Investors in the company, as a result, have pressed Uber to focus on its core business of ride-sharing instead. Uber had also estimated in 2016 it would have 75,000 autonomous vehicles on the road by 2019.

The company also settled with Waymo in 2018 on a trade secrets dispute that resulted in Uber handing over $245 million in stock.

Uber and its partners will own 40% of Aurora after the deal consummates. If Aurora’s valuation quadruples accordingly, the $4 billion valuation presents a sharp markdown on the division’s valuation for Uber.

Chris Urmson, Aurora’s chief executive, commented: “This is a bit of a coup and we are incredibly excited about it.”

Dara Khosrowshahi, Uber’s chief executive, will take a seat on Aurora’s board as part of the transaction. Khosrowshahi concluded: “Few technologies hold as much promise to improve people’s lives with safe, accessible and environmentally friendly transportation as self-driving vehicles.”