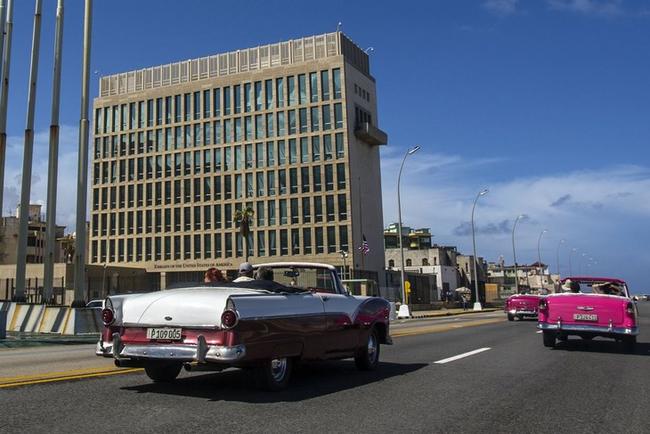 
Authored by Rick Moran via PJMedia.com,

A long-awaited study by the National Academy of Sciences has concluded that the illnesses that struck American diplomats and their families in Cuba and China in 2017 were likely caused by directed microwave energy, although it’s not clear if the source was a weapon or not.

U.S. intelligence agencies had believed since 2018 that Russia was behind the attacks, using some kind of “sonic weapon.” The NAS study included examining 40 of the affected diplomats and came to the conclusion that nothing like this had previously been documented in the medical literature.

“The committee felt that many of the distinctive and acute signs, symptoms and observations reported by (government) employees are consistent with the effects of directed, pulsed radio frequency (RF) energy,” the report says. “Studies published in the open literature more than a half-century ago and over the subsequent decades by Western and Soviet sources provide circumstantial support for this possible mechanism.”

While important questions remain, “the mere consideration of such a scenario raises grave concerns about a world with disinhibited malevolent actors and new tools for causing harm to others, as if the U.S. government does not have its hands full already with naturally occurring threats,” says the report, edited by Dr. David Relman, a professor in medicine, microbiolology and immunology at Stanford, and Julie Pavlin, a physician who leads the National Academies of Sciences global health division in Washington.

It still might be the Russians. Recent reports have documented other cases of CIA agents being targeted and showing similar symptoms after an attack. Tracking devices show some Russian agents who had worked on microwave weapons were present in the vicinity.

Saying that the microwave energy was “directed” raises the question: by whom? And if it’s not a weapon, why was it pointed at the U.S. embassy?

As the state department and CIA are saying, there are still plenty of unanswered — and perhaps unanswerable — questions.

The State Department, responding to the report, said that “each possible cause remains speculative” and added that the investigation, now three years old, is still “ongoing.” Although it praised the National Academies of Sciences for undertaking the effort, the State Department offered a long list of “challenges of their study” and limitations in the data the academies were given access to, suggesting that the report should not be viewed as conclusive.

“While the above limit the scope of the report, they do not lessen its value,” the State Department said in an emailed statement. “We are pleased this report is now out and can add to the data and analyses that may help us come to an eventual conclusion as to what transpired.”

Whoever is doing it — and most of the signs apparently point to Russia — they are very careful not to leave any footprints to follow. The weapon has been used sparingly and in several places — perhaps testing the weapon before deploying it.

Until we figure it out, our diplomats will be in danger.