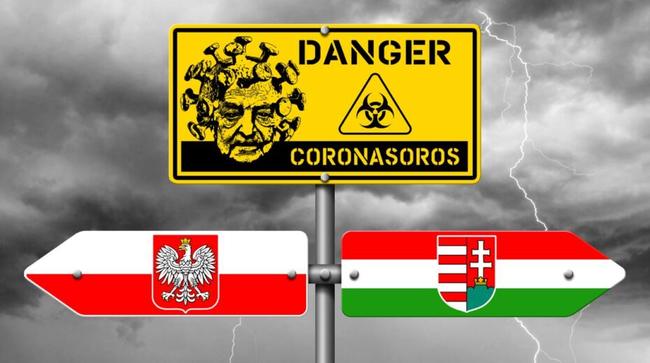 Over the summer while the U.S. was mired in the worst kind of color revolution with race riots, economic shutdowns and the worst kind of divisive politics, the European Union was celebrating its great achievement.

A seven-year budget and COVID-19 bailout package that was heralded as German Chancellor Angela Merkel’s “Alexander Hamilton Moment.” Because that legislation, meant to be the cornerstone of Germany six-month stint as the president of the European Council finally granted the European Commission the ability to issue debt, collect taxes and disburse funds.

That would be the way the COVID-19 relief funds would be raised and distributed. It was the first moment of fiscal integration under a central EU body that would bypass the individual member states as the means by which to raise capital.

It would be the first step in the process of consolidating debt issuance and euro creation under the control of Brussels, rather than continuing to carry out the fiction of individual sovereign debt.

The euro is a fatally flawed currency because of this and if it is to survive deeper into the 21st century having only one central issuer of it, the EU itself via the European Commission and the European Central Bank, with one aggregated risk profile (interest rate) is necessary.

The current leadership of the EU was put in place to make this happen on powerful Germany’s watch. And in July is looked like it was done. The markets loved it. The media hailed Merkel as the great leader of Europe. Some countries balked, the so-called Frugal Five, but eventually they signed off on the draft legislation once they were no longer directly on the hook for any more wealth transfers from them to perpetual problem children like Italy, Greece and Spain.

But lurking in the background were the cultural sovereigntists, the Visegrads, most notably Poland and Hungary.

Forgotten in all the media hoopla but known to keen observers of the situation, Hungary and Poland only signed off on the deal if there were to be no tying of funds to what the EU calls “rule of law” violations.

Merkel assured Hungarian Prime Minister Viktor Orban that the final legislation would be free of this requirement and provisionally he signed off on it as well as Polish Prime Minister Mateusz Morawiecki.

Now, anyone who is a regular observer of Merkel knows that her promises are about as reliable as a mail-in ballot from Pennsylvania. When the final legislation came before the European Council for ratification there was an explicit tie of funds to member states being in compliance with the EU’s vaguely-worded standards on internal law.

This meant that the EU could withhold funds if it felt that Hungary or Poland or any other country had a national law on its books that was ‘anti-EU behavior’ they could be sanctioned. Merkel calculated like she always does that pressure would win her the day in the final moment.

After all, everyone always caves to the EU’s power.

Except this time it didn’t work and Orban and Morawiecki very publicly vetoed this because if they didn’t it would mean the end of their countries. Now Merkel’s Hamiltonian Moment is gone.

Hungary and Poland, like the Brits voting for Brexit a second time last year, finally said, that’s it. Further negotiation with you is tantamount to surrender. I talked about this in a recent article in more detail.

The lesson of 2020 to this point has been that negotiation is no longer an option. There can be no settlement on fishing for the Brits, the rule-of-law for EU member states.

For Americans all negotiating has achieved is a terminally corrupt central government running sham elections with a compliant and hostile media telling them they are deplorable scum.

We are now expected to accept the results because they said so. Um, yeah, no.

The only way to accept the current reality is to believe the very people who you wouldn’t buy a used couch from no less lead your government are telling you the unvarnished truth.

Accepting any version of the narrative that this was a close election in the U.S. is the most pathetic form of negotiating your own surrender I’ve seen in quite a long time.

This is the unbridgeable gap of modern politics. It is the infinite gulf between surrender and negotiating with terrorists.

What’s funny is the stunned silence from the EU and its cheerleaders since this happened. Orban and Morawieki did something extraordinary and all the EU could do is beg them back to the table. But they know there is no coming back to the table on this point.

Both of these countries have already suffered the wrath of Merkel on points of internal politics where she even invoked Article 7 against them to try and remove their voices from the wholly irrelevant European Parliament.

There comes a point where threats are meaningless. Neither Hungary nor Poland want to leave the EU but at the same time neither of them signed up for a new form of Soviet Union either.

Orban makes no bones about this in his speeches and especially in his reasoning for this veto, likening ‘anti-EU’ standards to ‘anti-Soviet’ ones.

What’s clear is that if pressure could have worked on Orban and Morawiecki they would never have vetoed the bill in the first place. So, what comes next?

Pulling an end run around them, of course. Enter George Soros dusting off not only his constant call for perpetual bonds to pay for rebuilding Europe on someone else’s dime but now encouraging individual groups of EU states to band together to issue them and exclude Hungary and Poland from the mix.

It turns out that there is an easy way to overcome the veto: employ the so-called enhanced cooperation procedure. It was formalized in the Lisbon Treaty with the express purpose of creating a legal basis for further eurozone integration, but it was never used for that purpose. Its great merit is that it can be used for fiscal purposes. A sub-group of member states can set a budget and agree on a way to fund it – say, through a joint bond.

At this point, perpetual bonds could come in very useful. They would be issued by member states whose continued existence would be readily accepted by long-term investors such as life-insurance companies.

But doesn’t that signal exactly the wrong thing to the markets? Doesn’t that undermine the whole fiscal and financial integration argument? Isn’t this just more of the same balkanization of the EU into regional tribes and not a more perfect union?

What Soros is proposing is, of course, a massive perpetual wealth transfer from the working class who pay the lion’s share of the taxes to the ‘long-term’ investor like his Davos Crowd oligarch friends who need a constant stream of income for doing nothing

The worst part about this proposal, of course, is that with a perpetual bond there is no repayment of principal. You simply pay the interest in perpetuity. Do you really think it’ll be the middle-class shop owner in Frankfurt or Milan buying these perpetual bonds?

Or will it be people like him who made billions scamming off the rigged game of the hyper-financialized casino? It’s not like any of this wealth was earned through building anything. So giving it up for a 3-5% perpetual income stream off the labor of the serfs is all gravy.

Of course Soros wants this to happen. It’s the path to perpetual debt slavery.

So, given all of that what incentive would Hungary and Poland (joined most likely by Slovenia, the Czech Republic, Slovakia and the Baltics) have in even remaining in the EU at all?

And with the tumult in the U.S. and the likelihood that Joe Biden Kamala Harris will be the next president no help will be coming their way either as the restoration of the globalist oligarchy in the U.S. will see U.S./EU relations restored.

Orban and Morawiecki opened up a big can of worms with this veto. They have to see the bigger picture here. I know Orban understands where his potential allies are – Russia. Unfortunately, the Poles haven’t shown one iota of clue on this front. Once Biden is inaugurated (yes gods I hope not!) we may finally see them come to their senses.

They’ve started this process. 2021 will see a lot of elections – Italy, Germany in particular – that could support them if they continue to hold out and the EU doesn’t negotiate.

But for now the next choice on the European continent is a false one – a USSR reborn with a German and French flavor or perpetual debt slavery. Both choices lead to the other happening. I guess the real choice is only in the order of operations.