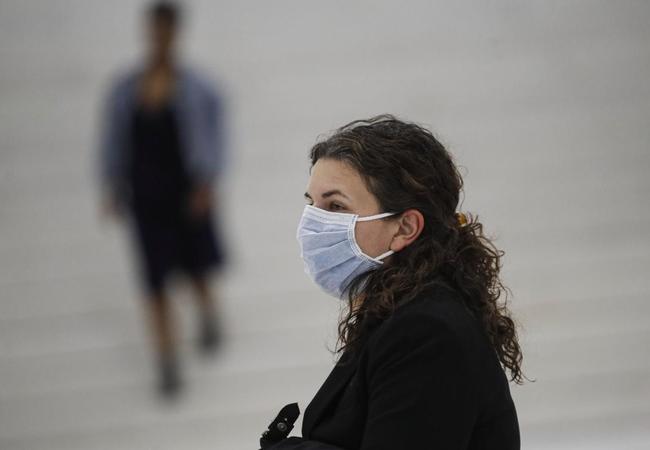 DHHS chief Alex Azar took to ABC’s “This Week” with George Stephanopoulos on Sunday to tell Americans that FDA emergency approval of a vaccine could arrive ‘within days’, while also moving up the timeline, saying any American who wants a COVID vaccine could get one by the start of the second quarter.

Previously, federal public health officials and ‘Operation Warp Speed’ had targeted the beginning of Q3 as the time when the vast majority of Americans would at least have access to a vaccine. Let’s not forget: Pfizer has already sown doubts about these timelines and targets by slashing its 2021 year-end delivery target by 50%.

A video of DoubleLine’s Jeff Gundlach expressing skepticism about the vaccine’s efficacy has been making the rounds on Twitter. But while severel “listen to the science” types took Gundlach to task for warning that the virus’s mutations could ultimately make it more difficult to eradicate, the NFL has just delivered an important reminder that there are different strains of the virus – and some are appreciably deadlier than others.

In the US, the COVID-19 numbers are still rising as temperatures continue to fall; Winter looms in the Western hemisphere, and the US has been confirming new COVID-19 cases at a rate of more than 200k/day for the last four days. Hospitalizations climbed north of 101K, a new record, while the 7-day average for daily fatalities hit a new post-springtime high of 2,123, according to the COVID Tracking Project.

Though the 7-day average remains at its post-springtime highs, deaths have actually been declining for four days now since hitting their latest record…

…as this past week remains unquestionably the most severe since the start of the pandemic.

New Jersey reported another record single-day number for new cases on Sunday, virtually guaranteeing that Garden State residents will be placed on lockdown in the coming days, just as new ‘stay at home’ orders are being imposed across California, with the entire state expected to soon reach the threshold. New Jersey reported a record 6.05K cases, while there were 3,241 hospitalizations, a slight decrease from the previous day. The latest positive-test rate posted on the state COVID-19 website was 11.65%,, a decrease from several days ago. Meanwhile, another 16 people died, for a total of 15,485.

As the rest of California waits to reach the threshold, 27MM are already on lockdown in LA.

As case numbers reach new highs in the US, Europe’s outbreak is rolling over, though some EU countries – most notably, Germany – are still very much struggling to tamp down cases and protect hospital capacity. In Bavaria, one of Germany’s hardest hit regions, where case numbers have been stubbornly persistent, officials imposed a new lockdown that will start Dec. 9.

Circling back to the US, the northeast is being hit pretty hard as temperatures fall, with deep-blue Connecticut, praised for its early ability to keep numbers low with tight restrictions during the quarantine period, is surging past its neighbors as cases spread.

Across all four regions, the median age of people being diagnosed is falling.

Here’s some more news from overnight and Sunday morning:

Italy’s outbreak continued to slow on Sunday as the government prepares to ramp up restrictions ahead of the Christmas holiday season. The country reported 18.9K new infections compared 20.7K a week ago, and hospital and intensive therapy occupation also declined. The positivity rate rose to 11.6% amid lower-than-usual testing at Sunday. Deaths fell to 564 vs. 662 on Saturday (Source: Bloomberg).

Iran’s daily death toll dropped below 300 for the first time in six weeks, with 294 fatalities overnight. The number of new infections fell for a third straight day to 11.6K. The country now has 50,310 deaths and 1,040,547 confirmed cases (Source: Bloomberg).

Indonesia received its first shipment of coronavirus vaccine from China on Sunday, President Joko Widodo said, as the government prepares to launch its mass inoculation program. Jokowi, as the president is widely known, said in an online briefing that the Southeast Asian country received 1.2 million doses from China’s Sinovac Biotech Ltd., a vaccine Indonesia has been testing since August (Source: Nikkei).

Polish Covid-19 deaths dipped to 228 in the last 24 hours from 502 on Saturday, potentially indicating the virus is loosening its grip on central and eastern Europe’s largest economy. New infections fell to a daily average of 11,196 this week from 17,677 last week. The country’s schools remain closed. Shopping centers reopened on Nov. 28 (Source: Bloomberg).